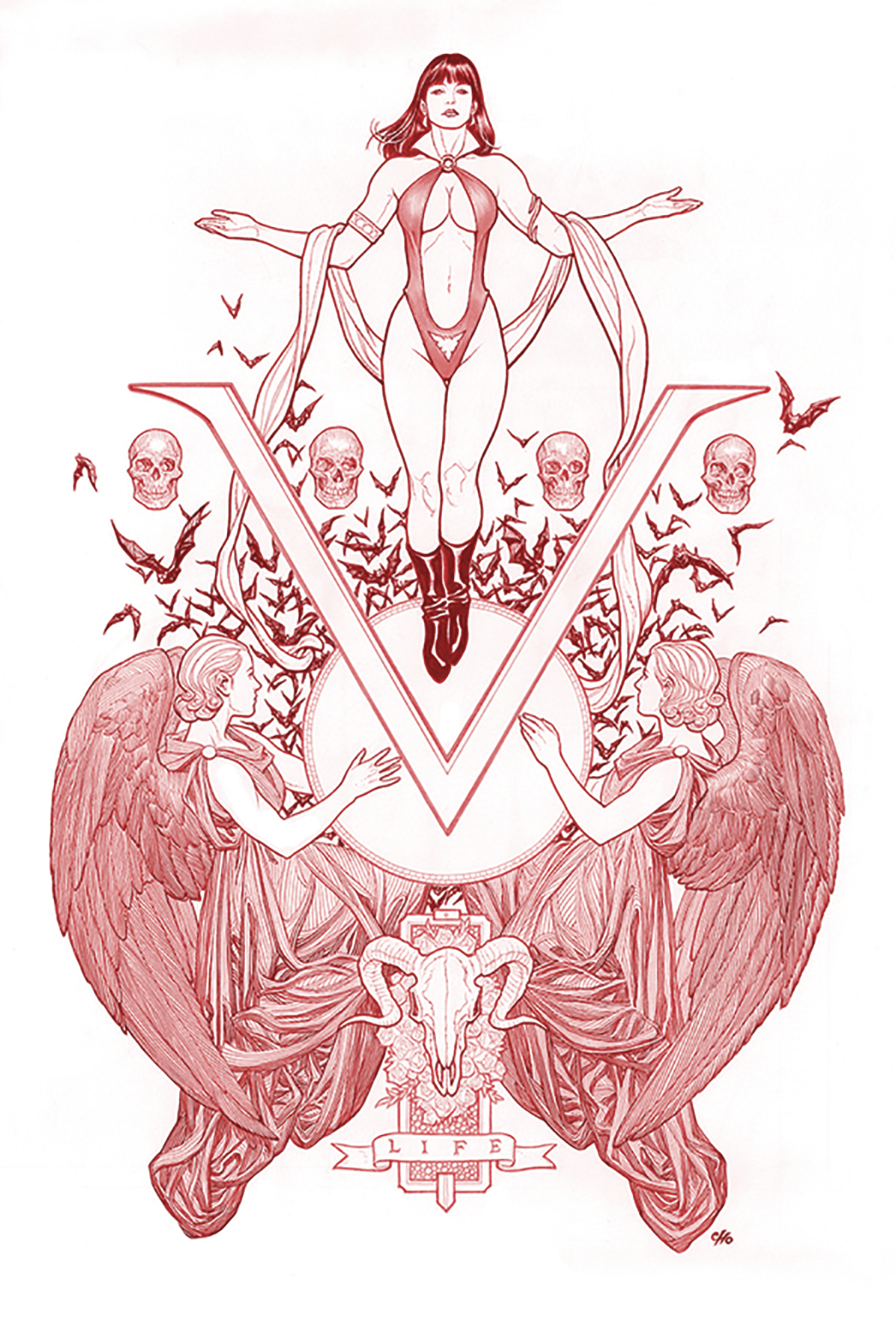 AUG191195
(W) Tom Sniegoski (A) Michael Sta. Maria (CA) Frank Cho
It's common comics knowledge that Frank Cho, apart from being a master of attractive pinups, is a super-pro with the pen! If you crave his gorgeous linework on Vengeance of Vampirella #1, up the ante and get it in "Fiery Red" for an ULTRA-LIMITED, more vampiric take on this instant classic addition to the Vampi cover library.