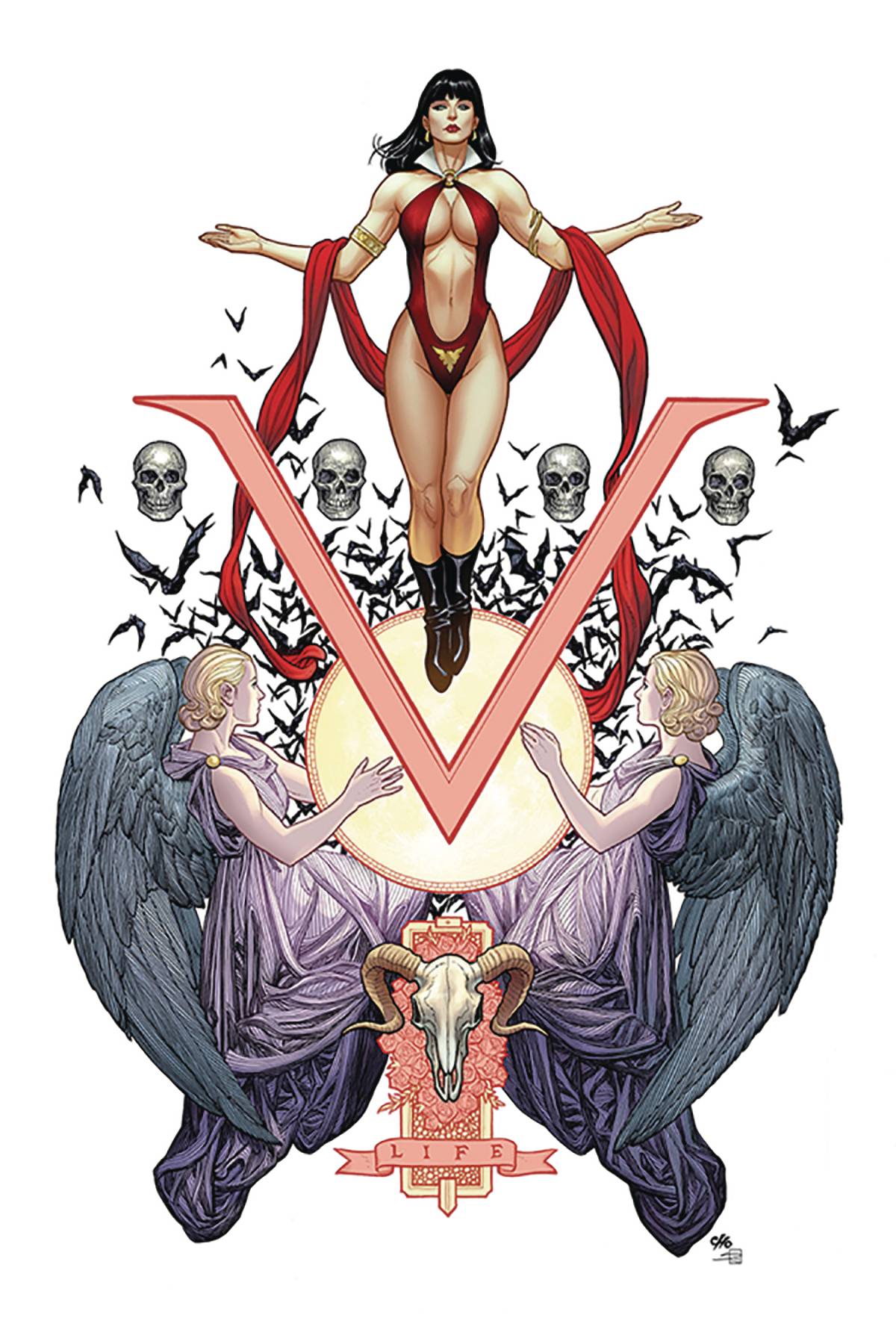 #
AUG191191
(W) Tom Sniegoski (A) Michael Sta. Maria (CA) Frank Cho
Dynamite's celebrating the 50th Anniversary of Vampirella with a truly All-Star cast of cover artists! If you're digging Frank Cho's latest masterpiece of the Daughter of Draculon, be sure to snag the Limited "Virgin" Edition!
Originally debuting in 1994, Vengeance of Vampirella portrayed a more savage and feral look at the Daughter of Drakulon. Now, for the 50th Anniversary of Vampirella, original series writer Tom Sniegoski (joined by the incredible art of Michael Sta. Maria) is back and issue #1 features a host of incredible cover artists.
Set 25 years after the initial series, Vampirella is Dead!? Long Live Vampirella!
Humanity holds on, but barely, the playthings and slaves of a multitude of supernatural monstrosities that have made the earth their own.  Mistress Nyx continues to rule the planet, her Chaos Lords reigning over the various regions of the world, but she is getting bored - There's no one to challenge her! That is, until a small, but determined rebellion finds what could be their savior or seal their doom!