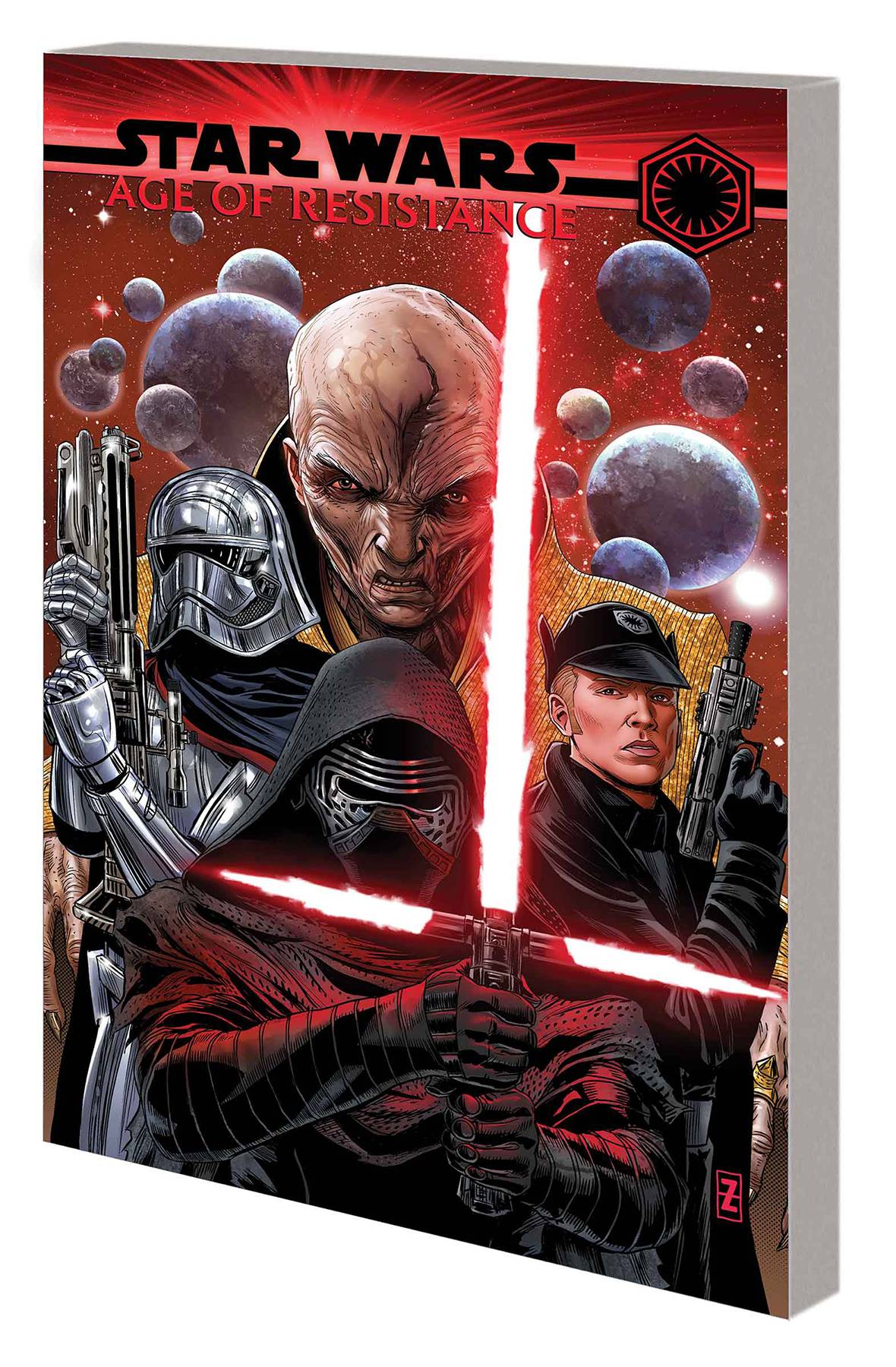 #
AUG191160
(W) Tom Taylor (A) Leonard Kirk (CA) Patrick Zircher
This is the Age of Star Wars - an epic series of adventures that unites your favorite characters from all three trilogies! The First Order takes center stage! As Captain Phasma leads an attack on the iron planet Demir, a young Stormtrooper looks to follow in Phasma's footsteps. But can she follow the First Order captain's merciless ways? General Hux has always been looked down upon, but Kylo Ren's fate will be in Hux's hands when a sabotaged shuttle crash-lands on an unknown planet! Meanwhile, can Kylo Ren ever escape the long shadow cast by his grandfather, Anakin Skywalker - or will he succeed where Darth Vader failed? And as Supreme Leader Snoke begins Ren's training, will the sadistic master break his tormented protégé? Collecting STAR WARS: AGE OF RESISTANCE - CAPTAIN PHASMA, GENERAL HUX, KYLO REN and SUPREME LEADER SNOKE.
Rated T
In Shops: Nov 20, 2019
SRP: $17.99
ORDER WISH LIST