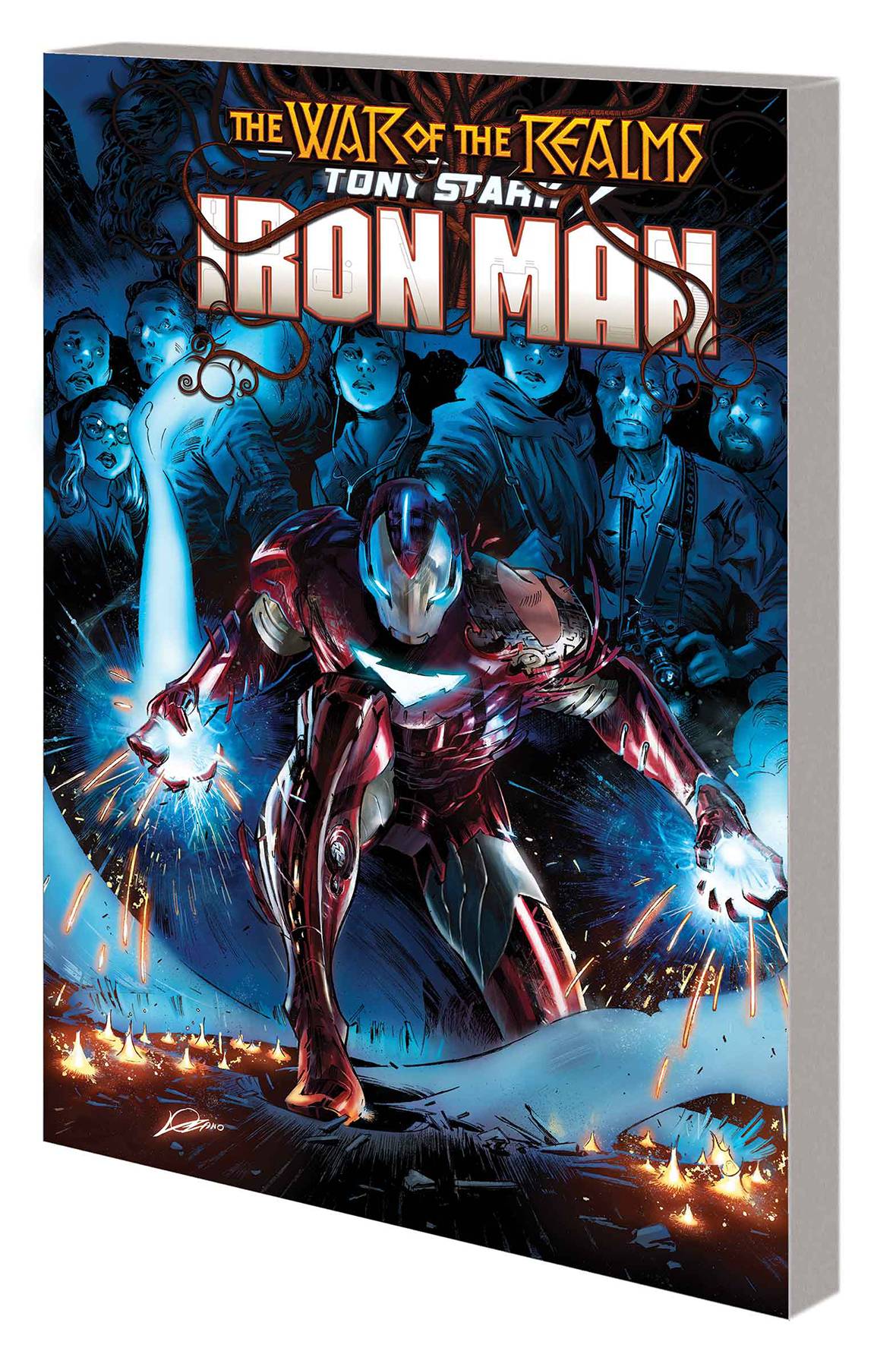 #
AUG191151
(W) Gail Simone, Dan Slott, More (A) Paolo Villanelli, Valerio Schiti, More (CA) Alexander Lozano
Iron Man joins the War of the Realms! A war needs weapons - and Tony Stark once vowed he'd never build weapons again! So why is he hunkered down with Screwbeard the Dwarf in Avengers Mountain? And what is he making? Struggling against ancient mystical forces, Tony battles an ancient winged calamity with the lives of everyone at Stark Unlimited hanging in the balance! Plus: When Tony tells Carol Danvers he can't be her AA sponsor because he may or may not have fallen off the wagon, Captain Marvel doesn't take it well. What is Iron Man's new high-tech solution for sobriety? It might be his worst idea yet! Featuring the villainy of the all-new Spymaster! And Jocasta goes all in for "the ultimate upgrade!" Collecting TONY STARK: IRON MAN #12-14 and Iron Man (1998) #25.
Rated T+
In Shops: Oct 30, 2019
SRP: $15.99
View All Items In This Series