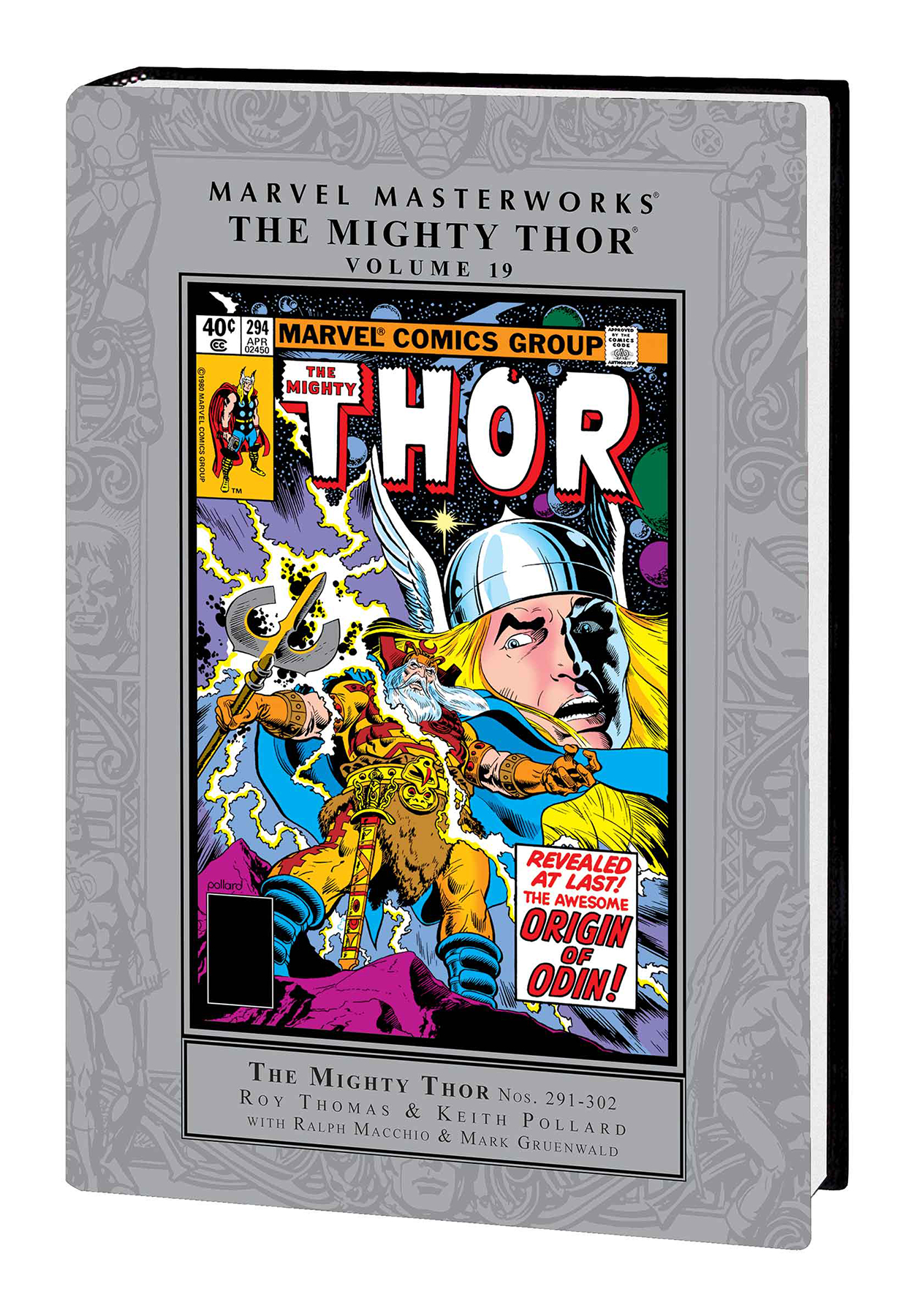 AUG191141
(W) Roy Thomas, Ralph Macchio, More (A) Ricardo Villamonte, Ken Landgraf (A/CA) Keith Pollard
THE MIGHTY THOR celebrates its 300th issue as the amazing Celestial Saga reaches its epic conclusion! In these pages Thor will join forces with the Eternals, the secrets of Marvel's gods will be revealed, the true story of Odin's creation of the unstoppable Destroyer will be told - and gods young and old will die! Then, before us all, the Fourth Host of the Celestials will descend to lay down their judgment - and both man and god may be found wanting. Also featuring the warrior woman Valkyrie, a Marvel adaptation of Richard Wagner's classic Der Ring des Nibelungen and two rare Hercules tales from MARVEL TREASURY EDITION! Collecting THOR (1966) #291-302, and MARVEL TREASURY EDITION #24 and #26.
Rated T
In Shops: Jan 29, 2020
SRP: $75.00
View All Items In This Series