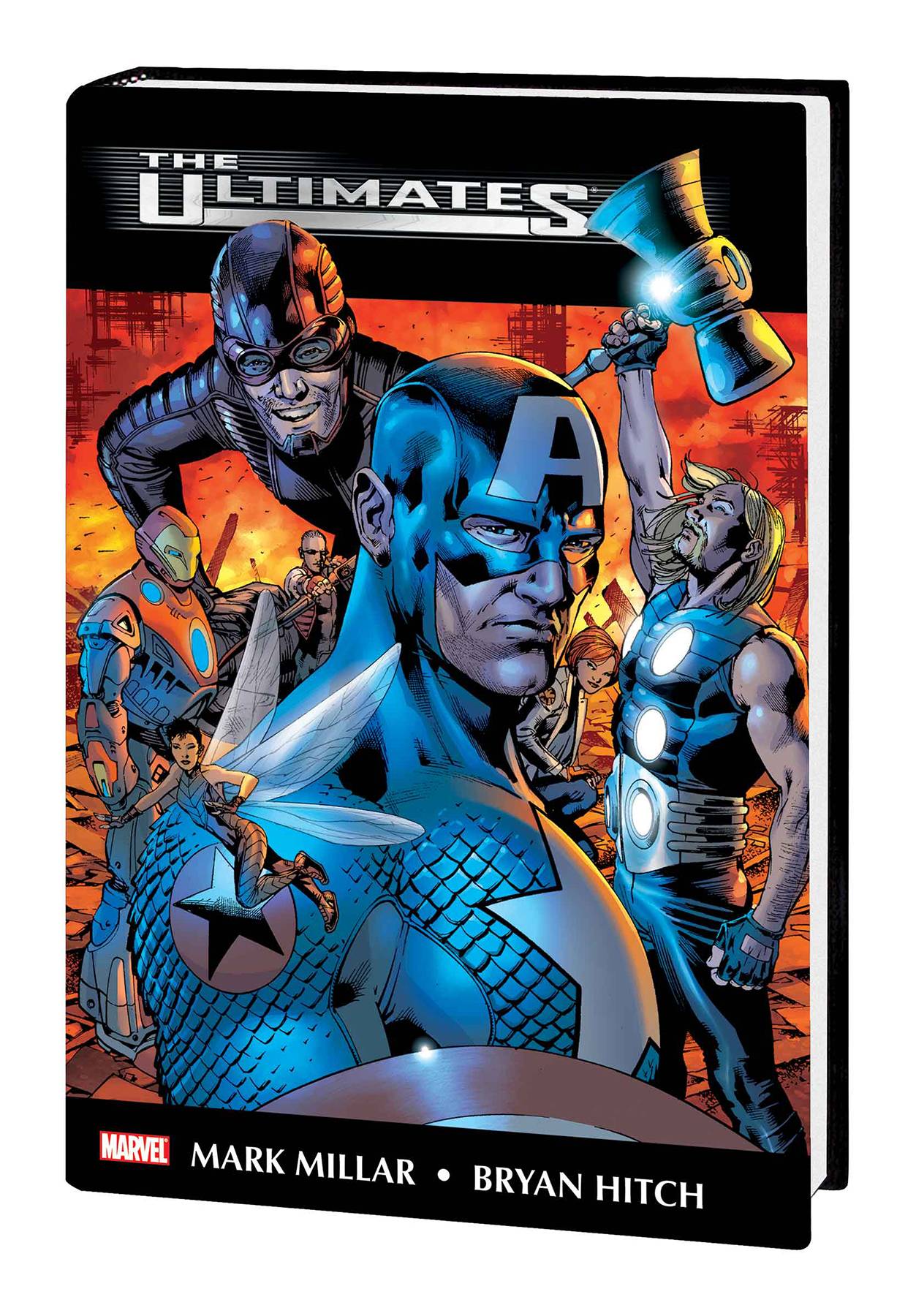 #
AUG191130
(W) Mark Millar (A) Steve Dillon (A/CA) Bryan Hitch
They are the Ultimate Universe's greatest heroes! Captain America, Iron Man, Thor, Wasp, Giant Man, Hawkeye, Black Widow, Quicksilver and Scarlet Witch! Brought together by Nick Fury, head of the elite espionage agency S.H.I.E.L.D., the Ultimates are Earth's last line of defense against a rising storm of strange new threats to humanity - including the rampaging Hulk, and an army of shape-shifting aliens bent on destroying the world! But just as the Ultimates begin to get comfortable in their roles as international celebrities and America's champions, things get hard! Can the team survive the Hulk's execution, Thor's imprisonment - and the advent of the Ultimate Defenders?! The Ultimates are in for the battle of the century - and not all of them will walk away! Collecting ULTIMATES (2002) #1-13, ULTIMATES 2 (2004) #1-13, ULTIMATES ANNUAL #1 & ULTIMATES 2 (2004) #1 SKETCH EDITION.
Parental Advisory
In Shops: Feb 12, 2020
SRP: $100.00