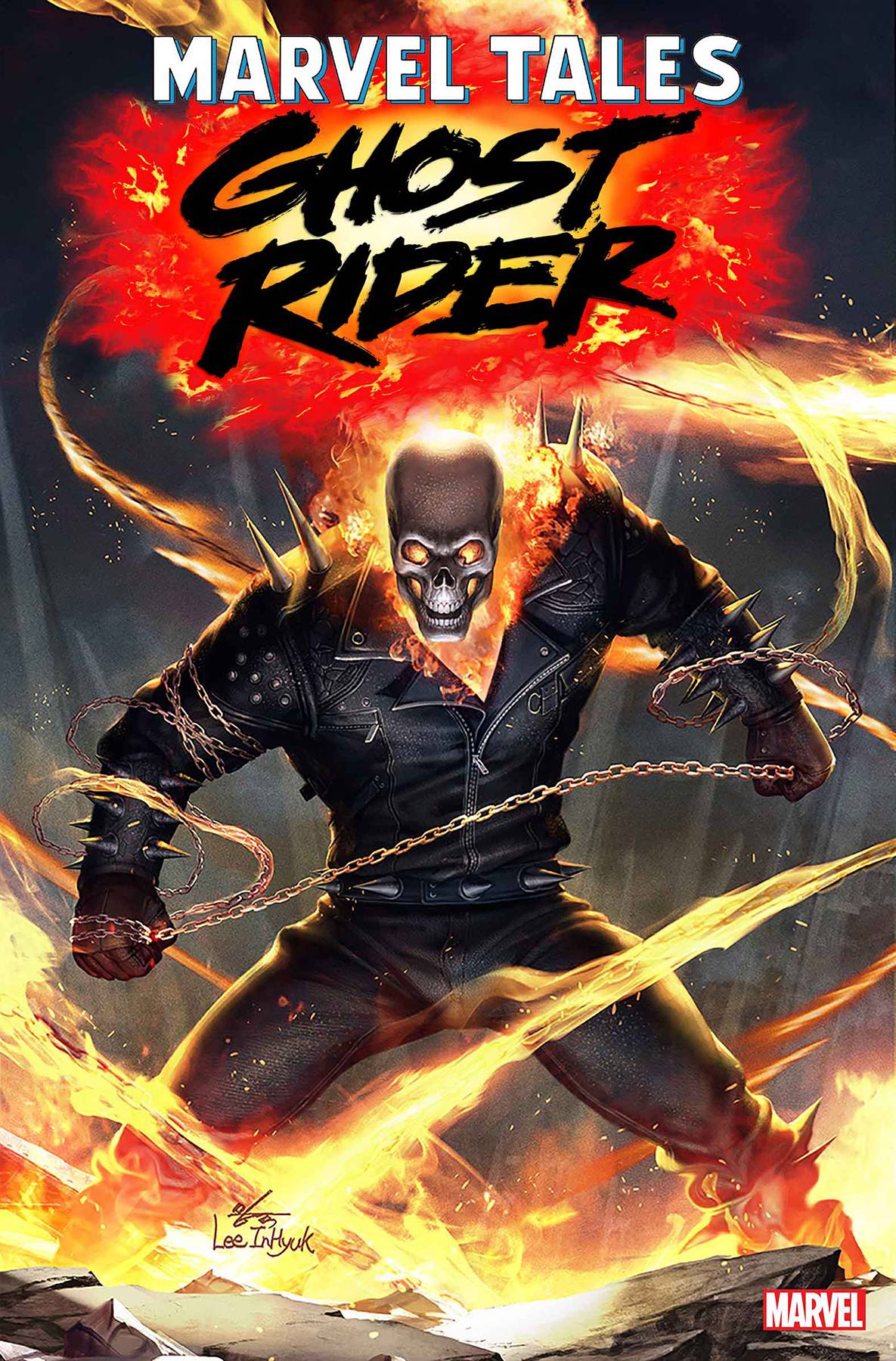 #
AUG190987
(W) Roger Stern, Len Wein, Michael Fleisher (A) Bob Budiansky, Ross Andru, Tom Sutton, Joe Rubinstein, Don Perlin (CA) In-Hyuk Lee
Johnny Blaze, the flaming-skulled Ghost Rider, roars into action as we celebrate the 80th anniversary of the House of Ideas with the era-spanning MARVEL TALES! This anthology series shines a spotlight on fan-favorite characters, features timeless stories and highlights some of our most impressive talent from the past eight decades. First, legendary scribe Roger Stern explores the curse of Johnny Blaze - and the adrenaline-fueled origin of Ghost Rider - in GHOST RIDER (1973) #68! Next, Spider-Man has one of his most hair-raising team-ups of all, joining Ghost Rider in action against the eye-watering villain called the Orb, in MARVEL TEAM-UP (1972) #15! Then, ask yourself "What if Ghost Rider were separated from Johnny Blaze?" in a thought-provoking tale from the classic alternate reality series, WHAT IF? (1977) #28! Let's ride!
Rated T
In Shops: Oct 16, 2019
SRP: $7.99