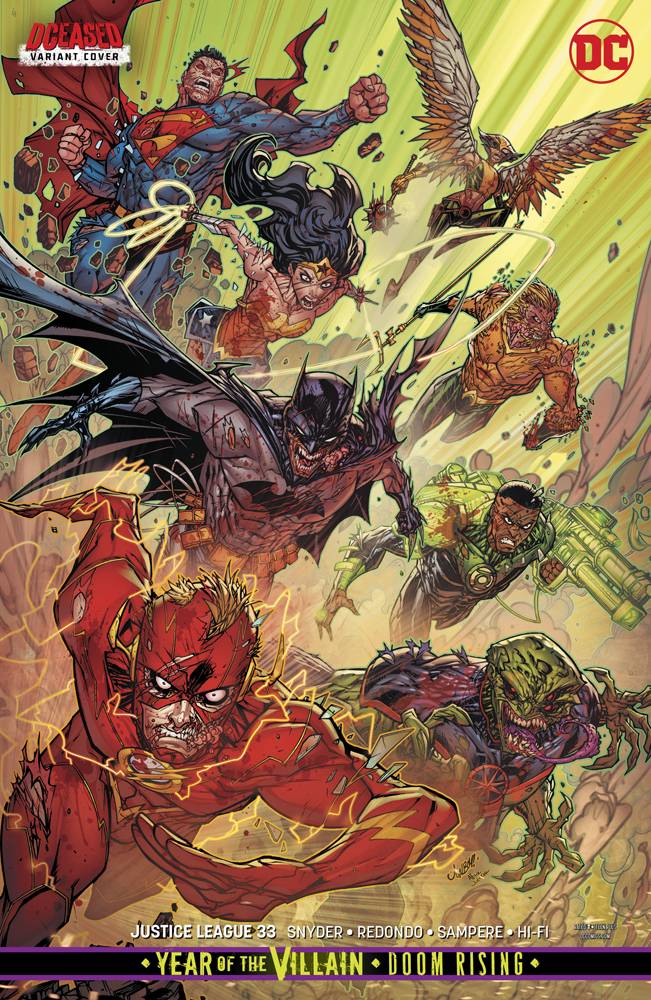 #
AUG190535
(W) Scott Snyder, James TynionIV (A) Bruno Redondo, Daniel Sampere, Juan Albarran (CA) Jonboy Meyers
"The Justice Doom War" part four! Apex Lex Luthor is in ascendance, and he's taking out the remaining members of the Justice League in the present just as his Legion of Doom is beating down the time-traveling heroes in both the past and the future. Batman, Superman and the rest of our heroes may have just figured out how Kamandi's timeline works when terrible Hypertime quakes rattle their existence, threatening to strand them far from their own time. Meanwhile, the Flash, Green Lantern and the Justice Society take another leap through time, heading for...ancient Atlantis?
In Shops: Oct 02, 2019
SRP: $4.99
View All Items In This Series 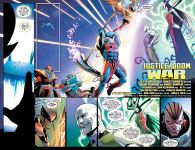