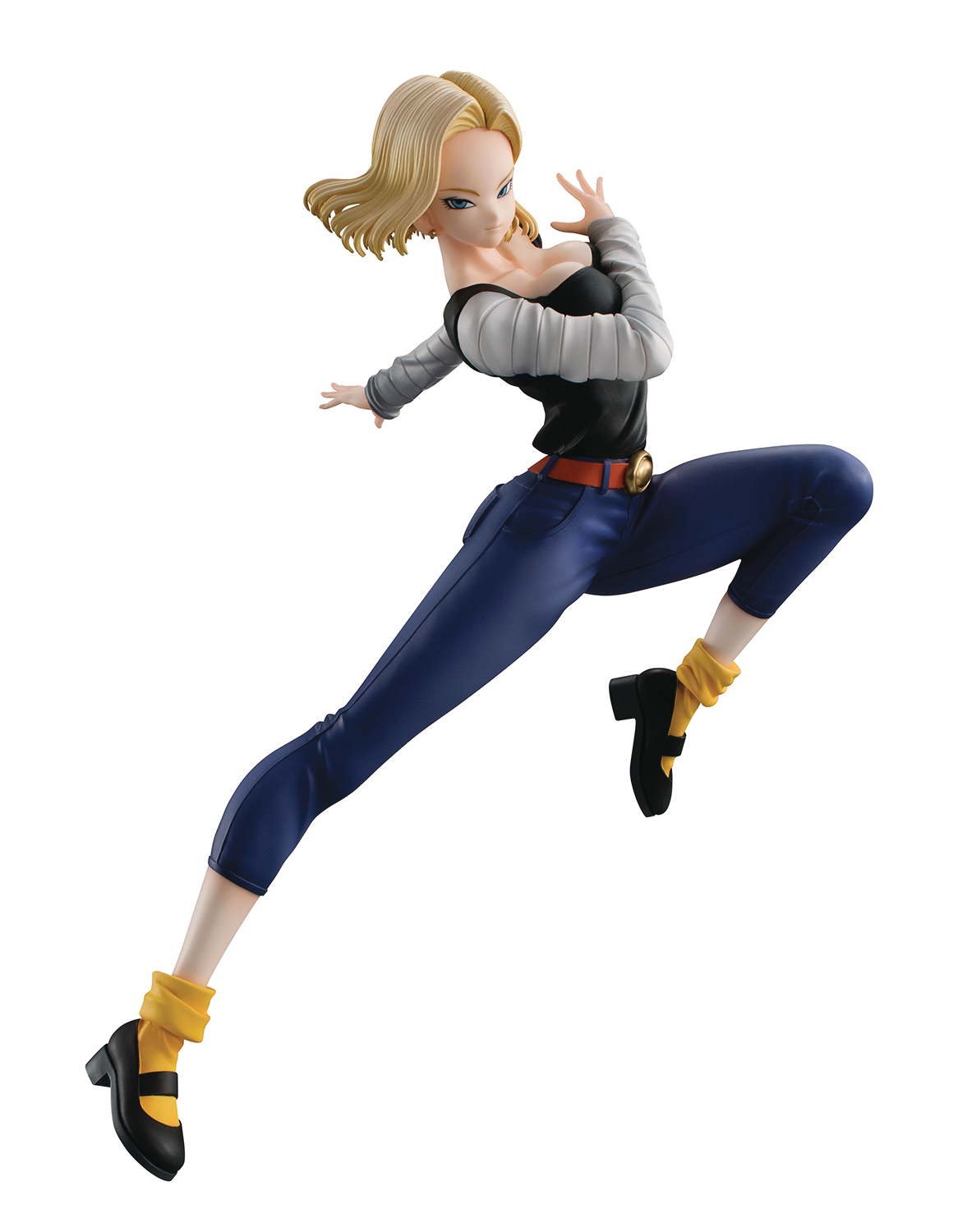 AUG188847
From Megahouse. Android No. 18 makes her new appearance in MegaHouse's Dragon Ball Gals figure lineup! This time she's depicted in the midst of battle, at the point of launching herself into the air, with her typical smile. Her outstretched hand prepares to release an energy blast, and her clothing is carefully sculpted, with every fold and wrinkle accenting her body in its energetic pose. She stands about 8" tall.