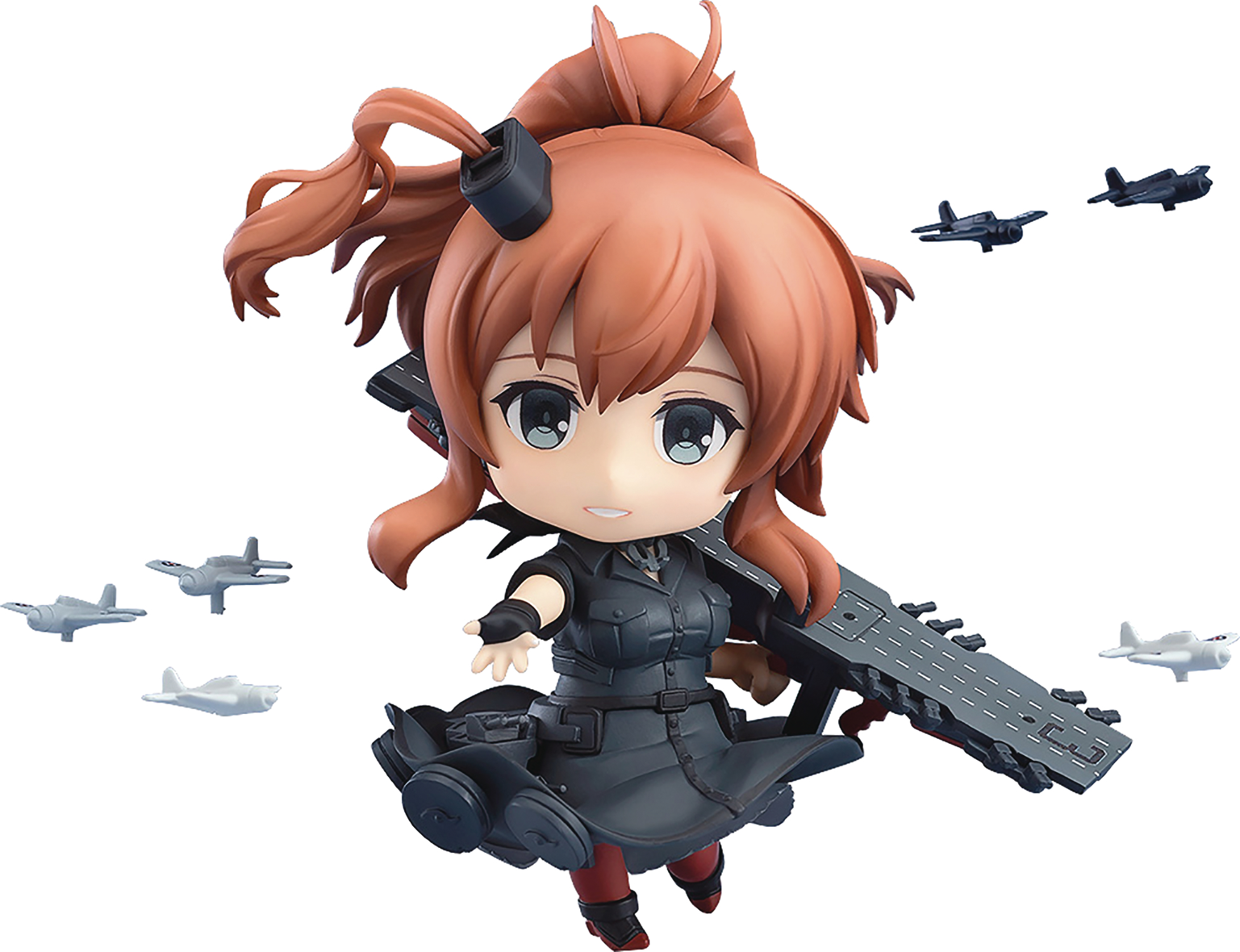 AUG188843
From Good Smile Company. From the popular browser game Kantai Collection -KanColle- comes a Nendoroid of the American large aircraft carrier Saratoga Mk.II Mod.2! Using her Mk.II Mod.2 version as a base, with interchangeable parts she can be converted to her Saratoga Kai appearance. She comes with three face plates including her standard expression, a sidelong glancing expression as well as a half-damaged expression. Turret firing effects, 2 F4F-4 planes and 4 SBD planes are included. She also comes with steak and beer food parts for a classic American meal! Be sure to add Nendoroid Saratoga Mk.II Mod.2, the first foreign aircraft carrier to join the KanColle fleet, to your collection!