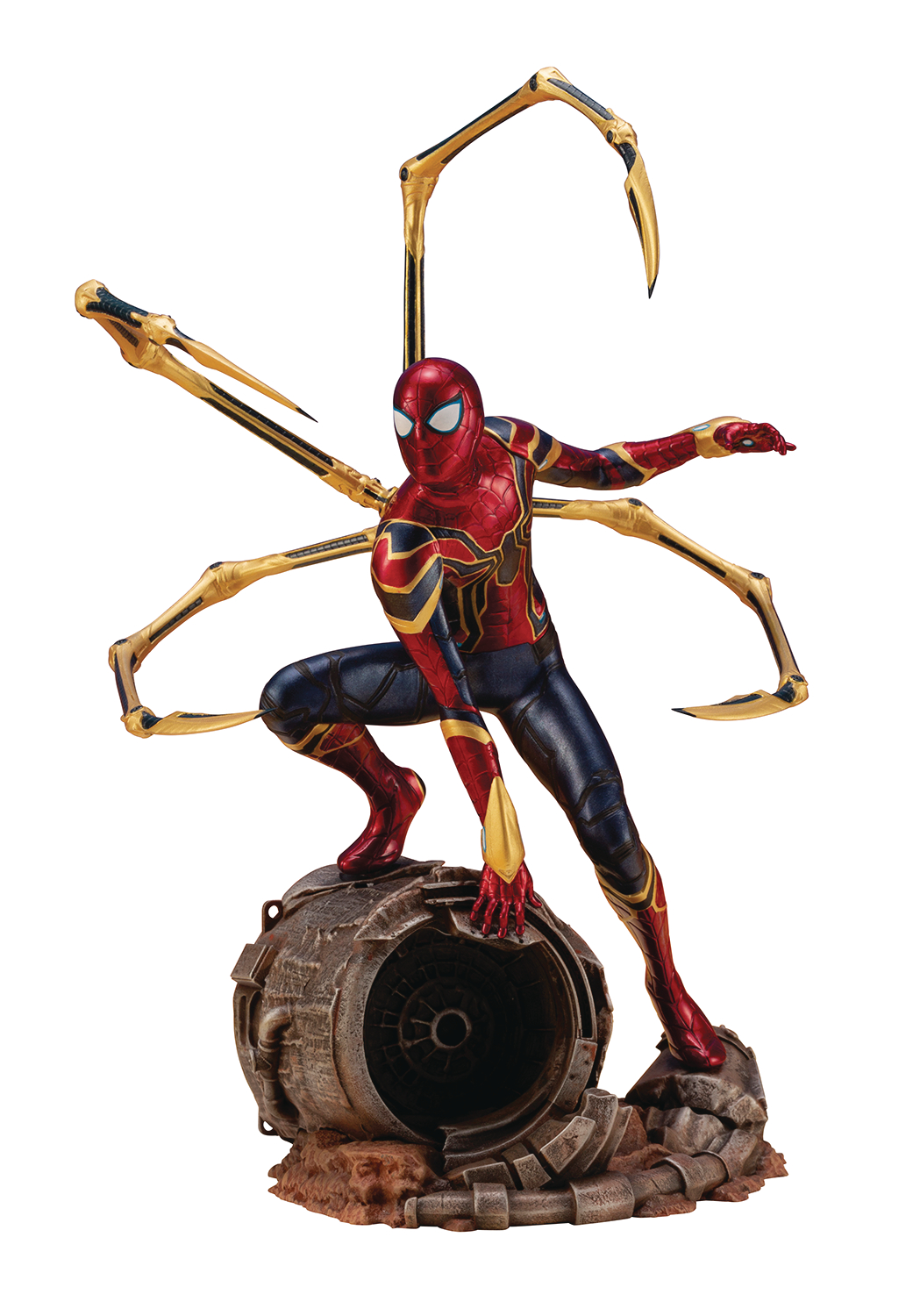 AUG188724
Kotobukiya's Marvel Comics ARTFX+ Statues have brought you Avengers, X-Men, Defenders, and more, and the latest series brings to life characters from the recordbreaking and history-making Marvel Studios film Avengers: Infinity War. The next character to join the lineup is the rookie Avenger and everyone's favorite friendly neighborhood Spider-Man!
Peter Parker is decked out in the Iron Spider suit that fans first got a glimpse of in Homecoming and finally made its debut in Infinity War. In addition to the new sleek design, the suit's most noticeable feature are the metal pincers that extend from the hero's back, giving the statue an impressive size and height that rivals the Infinity War Thanos ARTFX+ statue.
Iron Spider is perched atop a diorama base that matches the theme of the previously released Infinity War ARTFX+ statues, and at 1/10 scale this high-quality easy to assemble snap-fit statue is perfect for displaying alongside other statues from Kotobukiya's Infinity War and other ARTFX+ lines.
In Shops: Jun 05, 2019
SRP: $119.99
ORDER WISH LIST