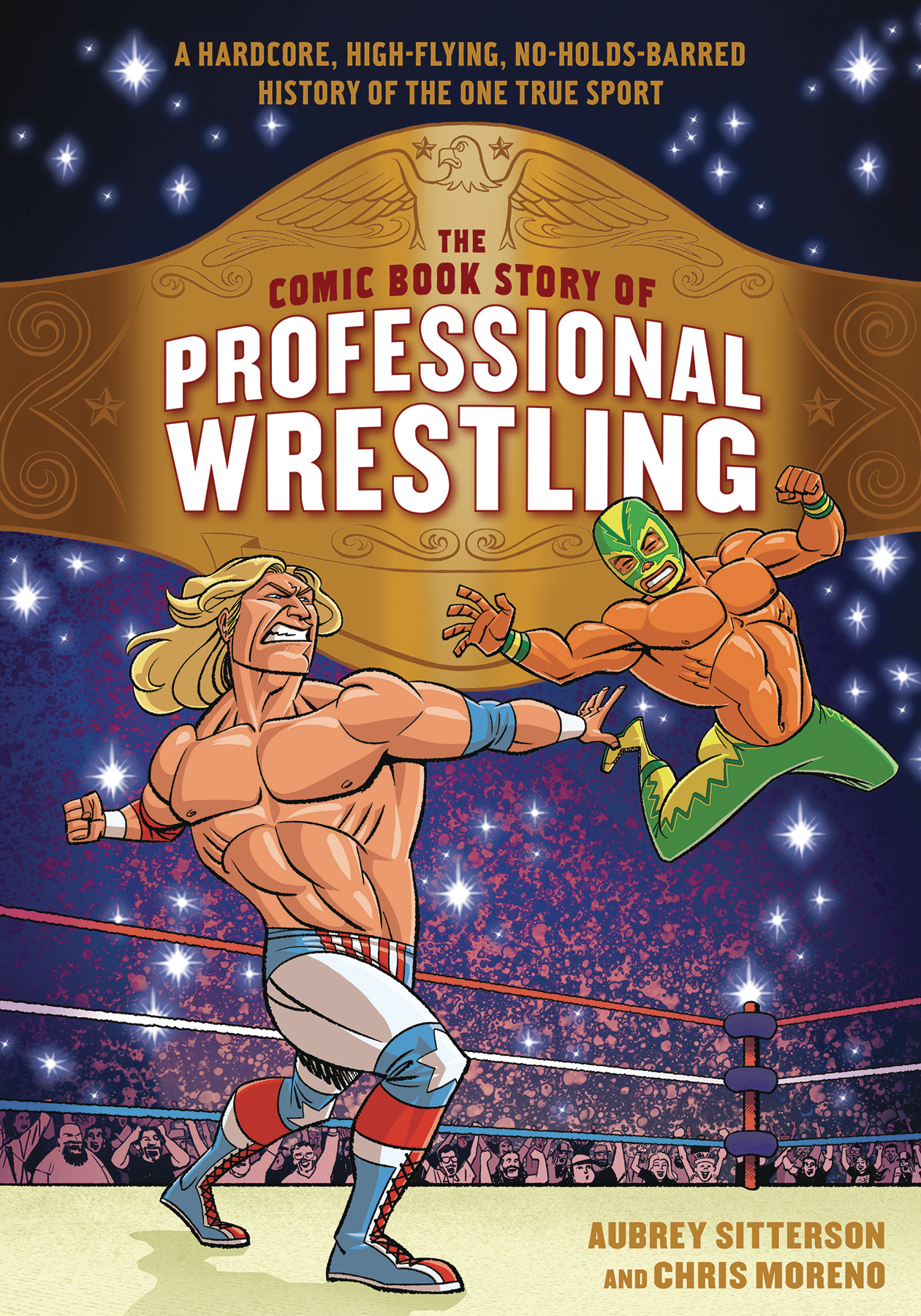 AUG182219
(W) Aubrey Sitterson (A/CA) Chris Moreno
From the host of the critically acclaimed pro wrestling podcast Straight Shoot, this graphic novel history of wrestling features the key grapplers, matches, and promotions that shaped this beloved sport and form of entertainment. As a pop culture phenomenon, professional wrestling, with its heroic babyfaces and villainous heels performing suplexes and powerbombs in pursuit of championship gold, has conquered audiences in the United States and around the world. Now, writer/podcaster Aubrey Sitterson and illustrator Chris Moreno form a graphic novel tag team to present wrestling's complete illustrated history. The book covers wrestling's progress from the carnival days of the Gold Dust Trio to the dominance of the WWF/WWE to today's diverse independent wrestling scene, and it spotlights wrestling's reach into Mexico/Puerto Rico (lucha libre), the U.K. (all-in), and Japan (puroresu).
In Shops: Oct 10, 2018
SRP: $18.99