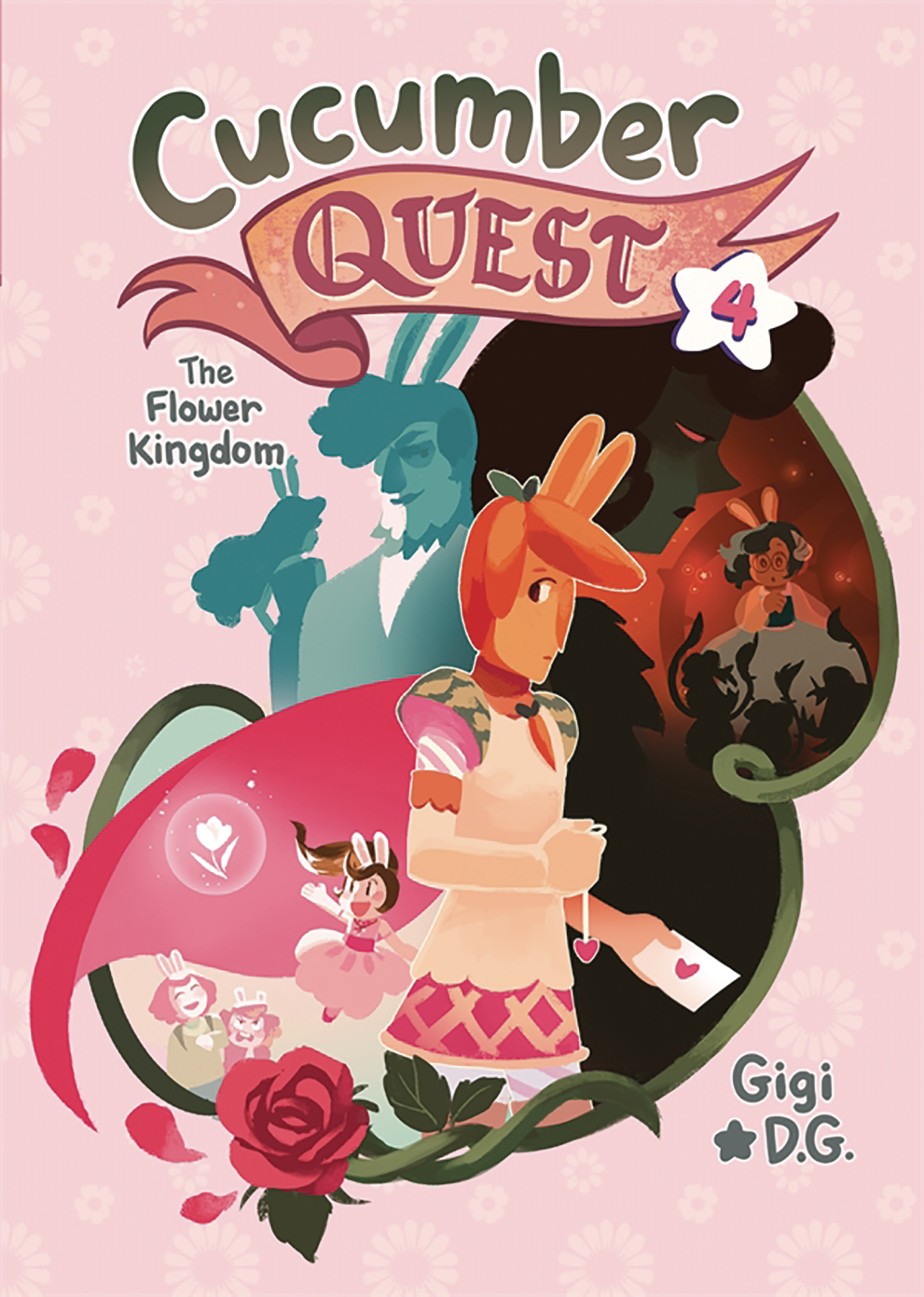 AUG181955
(W) D.G. Gigi (A/CA) D.G. Gigi
The fourth volume in a delightfully pun-filled middle-grade graphic novel about bunny siblings on a heroic journey.
Continuing their journey to collect the signatures of each princess in the seven kingdoms of Dreamside, Cucumber and Almond's entourage travel to the Flower Kingdom. But when they get there they discover that the royal family was wiped out centuries ago! Then who was signing the swords of the heroes before Cucumber? To make matters worse they have a new enemy to deal with-Rosemaster!
Adapted from the popular webcomic series, Cucumber Quest: The Flower Kingdom is the fourth graphic novel in a clever, adorable, and hilarious four-volume heroic adventure series that is sure to make you hungry for sweets and action.
In Shops: Oct 03, 2018
SRP: $23.99
View All Items In This Series
ORDER SUBSCRIBE WISH LIST