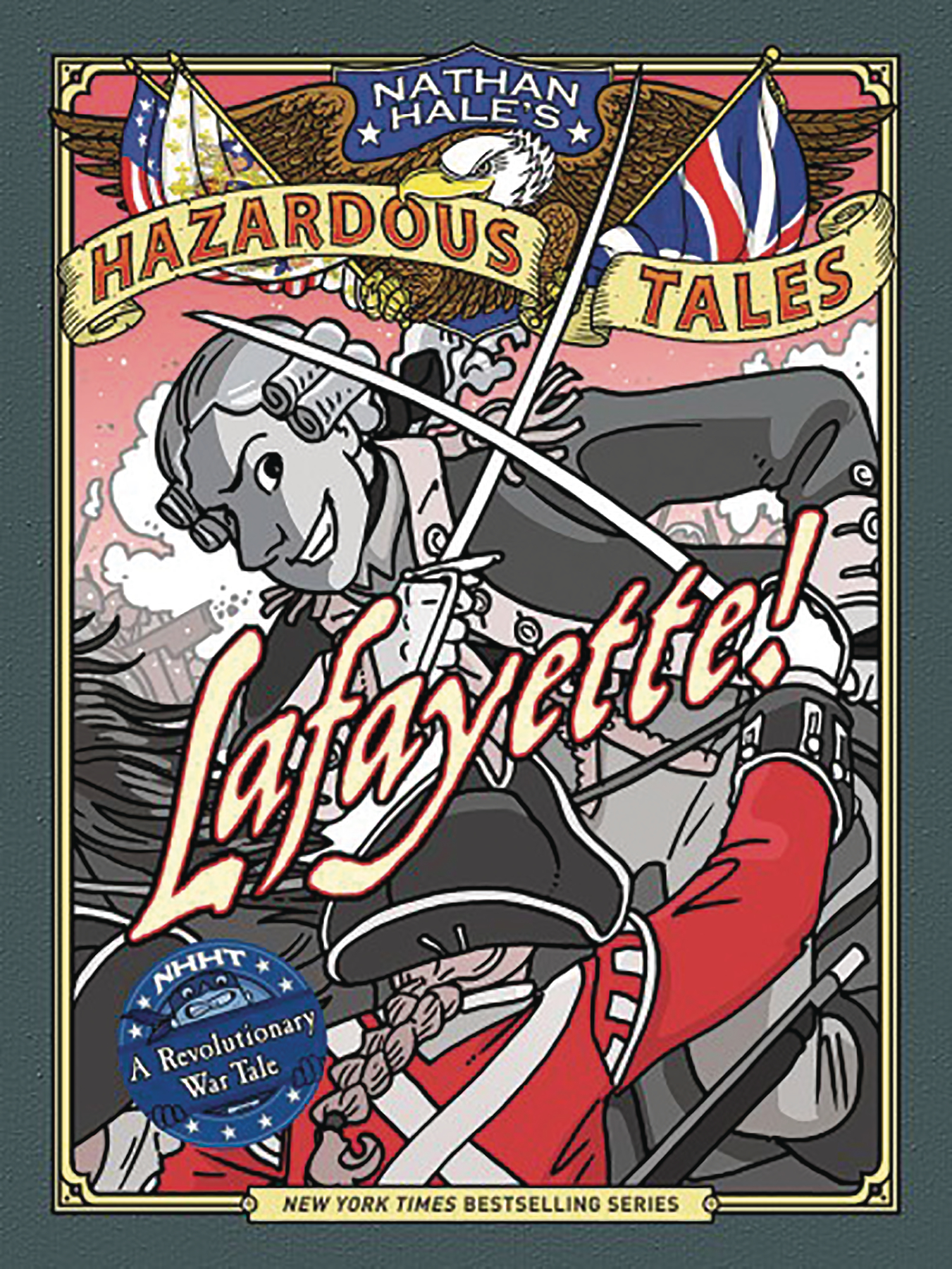 AUG181543
(W) Nathan Hale (A/CA) Nathan Hale
Nathan Hale brings readers back to the world of the American Revolution for the first time since One Dead Spy, and this time, he's following the Marquis de Lafayette into battle. An orphan who became a French nobleman, Lafayette was a major figure in the American Revolution who fought alongside iconic figures like George Washington and Alexander Hamilton. Fans of the musical Hamilton will instantly recognize Lafayette's name, but there's so much more to his story. With Nathan Hale's trademark graphic illustrations, Lafayette! shares what happened before and during the war, including all the wild escapades the Frenchman embarked on across France and the colonies.
In Shops: Oct 24, 2018
SRP: $13.99
View All Items In This Series