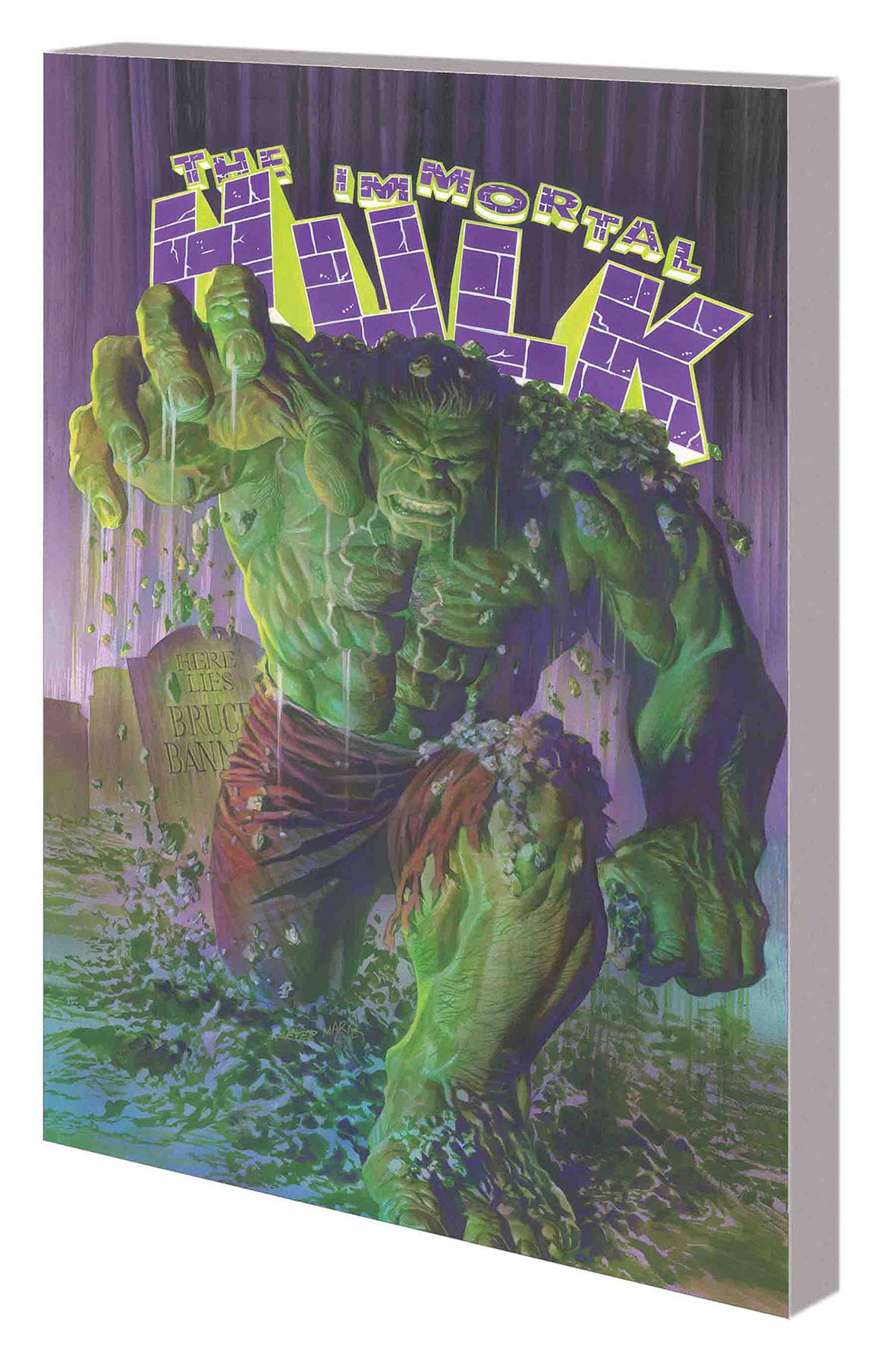 #
AUG181082
(W) Al Ewing, Jim Zub, Mark Waid (A) Joe Bennett (CA) Alex Ross
Horror has a name. You'd never notice the man. He doesn't like to be noticed. He's quiet. Calm. If someone were to shoot him in the head...all he'd do is die. Until night falls - and someone else gets up again. The man's name is Banner. The horror is the Immortal Hulk! And trouble has a way of following them both. As reporter Jackie McGee tries to put together the pieces, Banner treads a lonely path from town to town, finding murder, mystery and tragedy as he goes. And what Banner finds, the Hulk smashes! Elsewhere, the hero called Sasquatch can't help but feel involved. In many ways, he's Banner's equal - and his opposite. Sasquatch is about to risk his life by looking for the man - and finding the monster! Collecting IMMORTAL HULK #1-5 and material from AVENGERS (2016) #684 by Jim Zub and Mark Waid.
Rated T+
In Shops: Nov 21, 2018
SRP: $15.99
View All Items In This Series
ORDER SUBSCRIBE WISH LIST