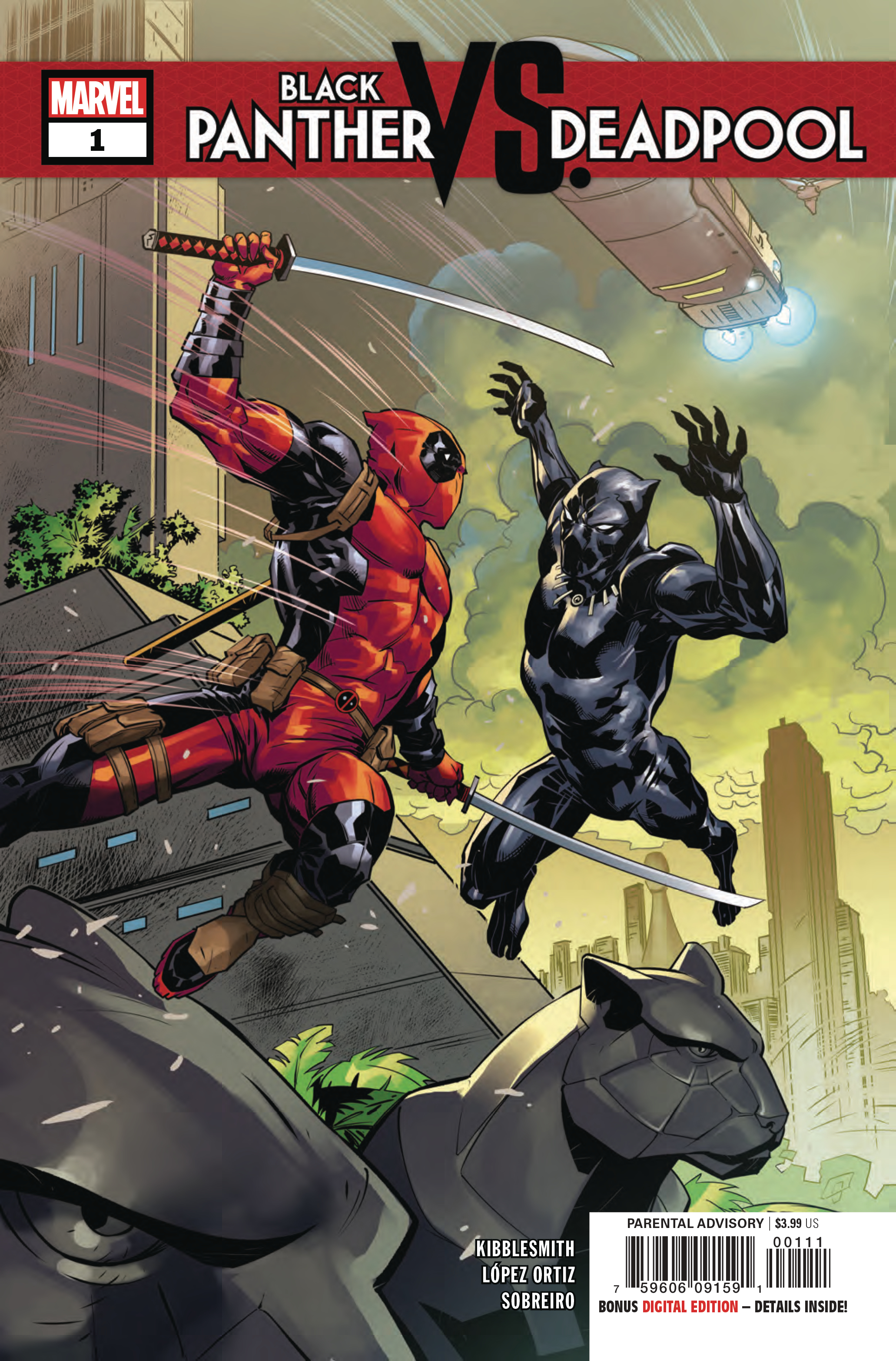 AUG180902
(W) Daniel Kibblesmith (A) Ricardo Lopez Ortiz (CA) Ryan Benjamin
VIBRANIUM BULLETS AND REGROWING LIMBS - EVERYTHING YOU WANT FROM A COMIC IS HERE!
Deadpool's teamed up with, taken down or taken a beating from just about every hero in the Marvel Universe. And no way is the Black Panther going to miss out on his turn. From Late Show writer Daniel Kibblesmith comes a hilarious romp through Wakanda as Deadpool goes on the hunt for the world's most valuable resource: Vibranium! When a beloved figure of the Marvel Universe becomes collateral damage in a fight between Deadpool and the Wrecker, the heroic Deadpool sets out to obtain a fragment of Vibranium that could save the victim's life. But his unconventional methods - ranging from poaching to dismemberment - don't sit well with the King of Wakanda, and Deadpool's about to learn that you don't bring a sword to a claw fight!
Parental Advisory
In Shops: Oct 24, 2018
SRP: $3.99
View All Items In This Series