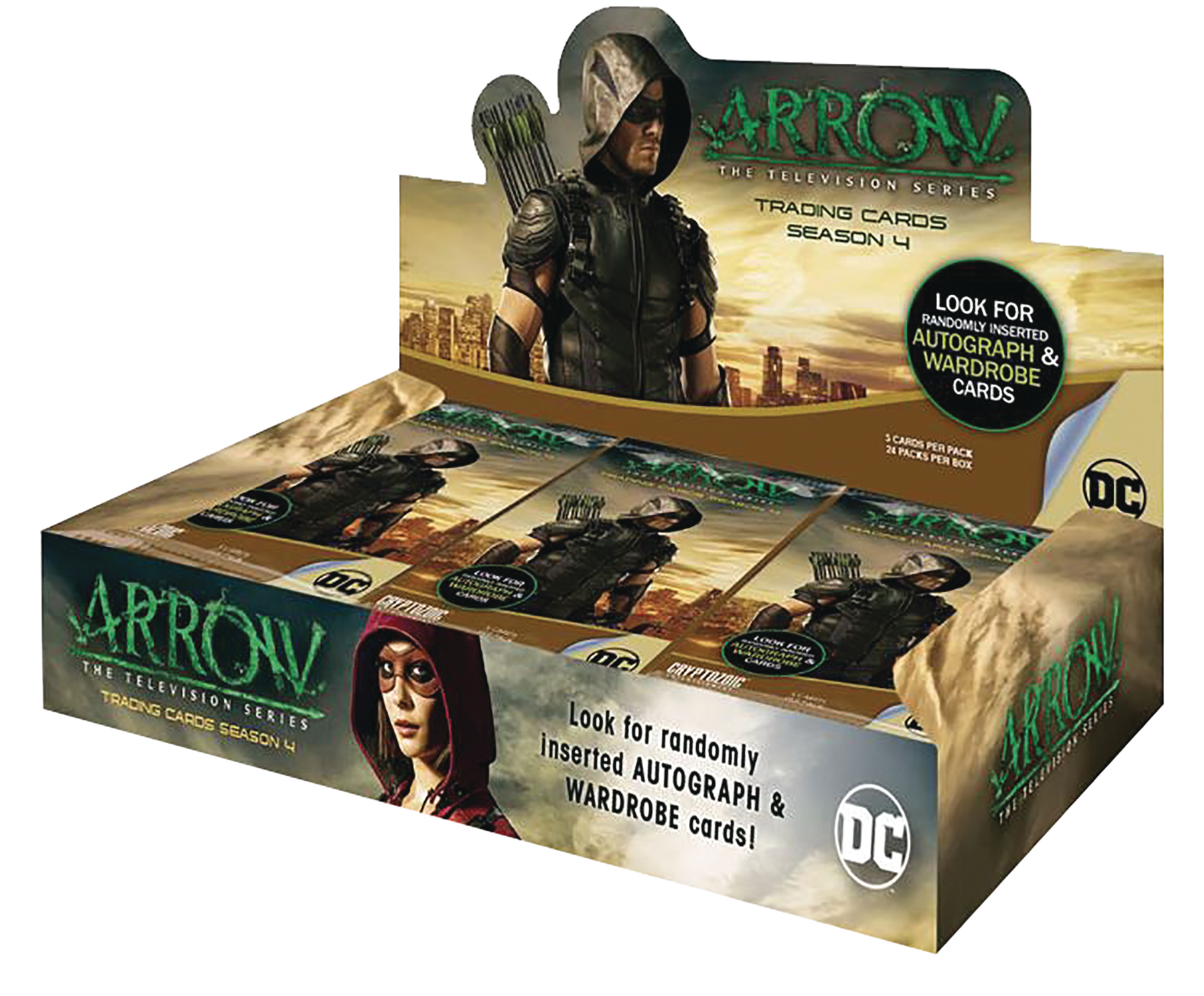 AUG178472
Relive the action and drama of the fourth season of the CW's hit series Arrow, as Oliver Queen returns home to become the Green Arrow and take on the terrorist organization H.I.V.E., led by the mysterious Damien Darhk. Arrow Trading Cards Season 4 feature a 72-card Base Set, three Chase Sets with variants, randomly inserted Autograph Cards and Wardrobe Cards, and Redemption Cards that can be redeemed for actual props used on the show. 5 cards per pack, 24 packs per box.
In Shops: Nov 22, 2017
SRP: $3.99