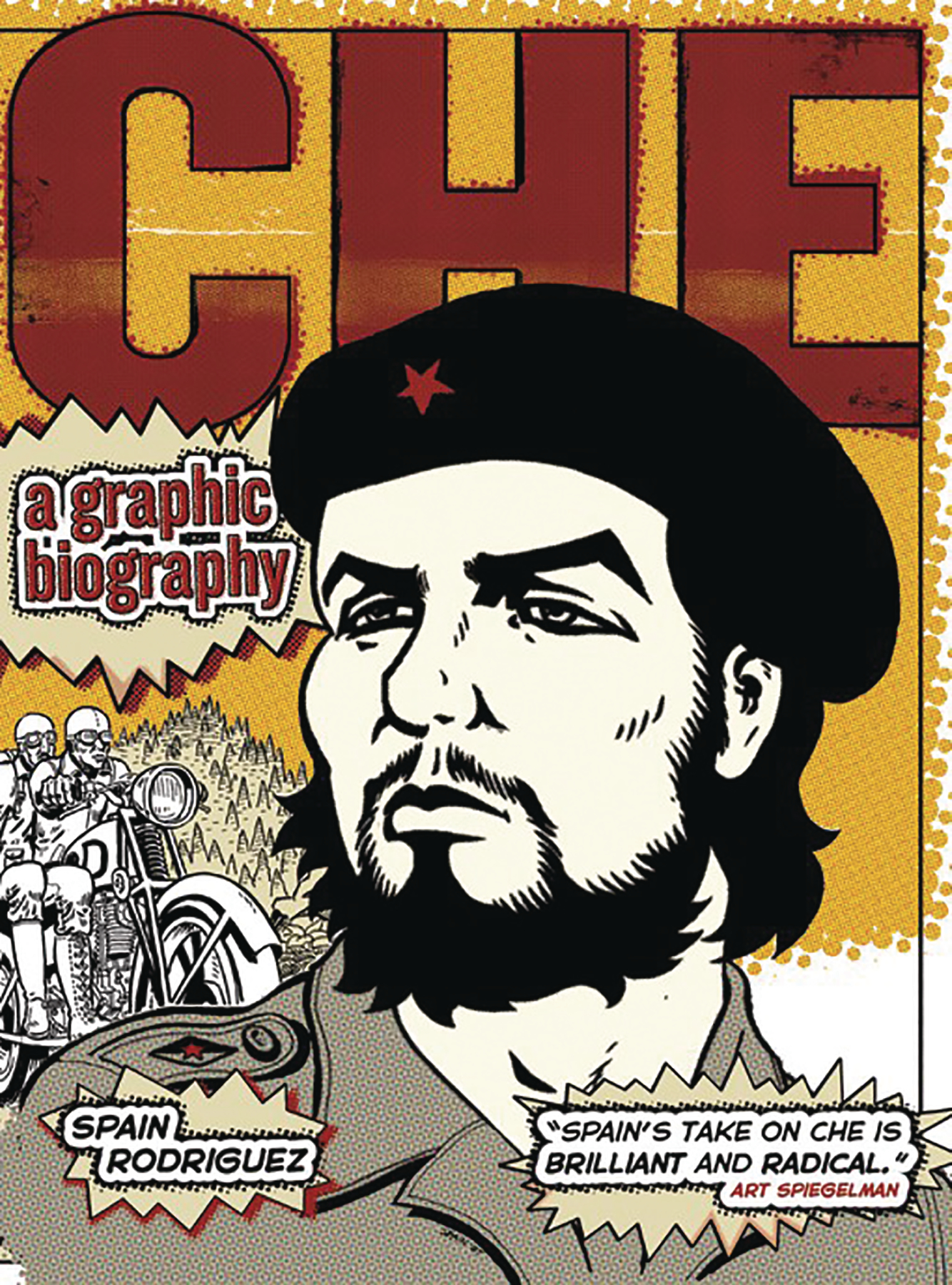 AUG172363
(W) Spain Rodriguez (A/CA) Spain Rodriguez
Since his death in 1967, Ernesto "Che" Guevara has become a universally known revolutionary icon and political figure whose image is among the most recognizable in the world. This dramatic and extensively researched book breathes new life into his story, portraying his struggle through the medium of the underground political comic. Spain Rodriguez's powerful artwork illuminates Che's life and the experiences that shaped him, from his motorcycle journey through Latin America, his rise to prominence in Fidel Castro's revolutionary movement, his African travels, his involvement in the insurgency that led to his death in Bolivia, and his extraordinary legacy.
In Shops: Oct 18, 2017
SRP: $15.95