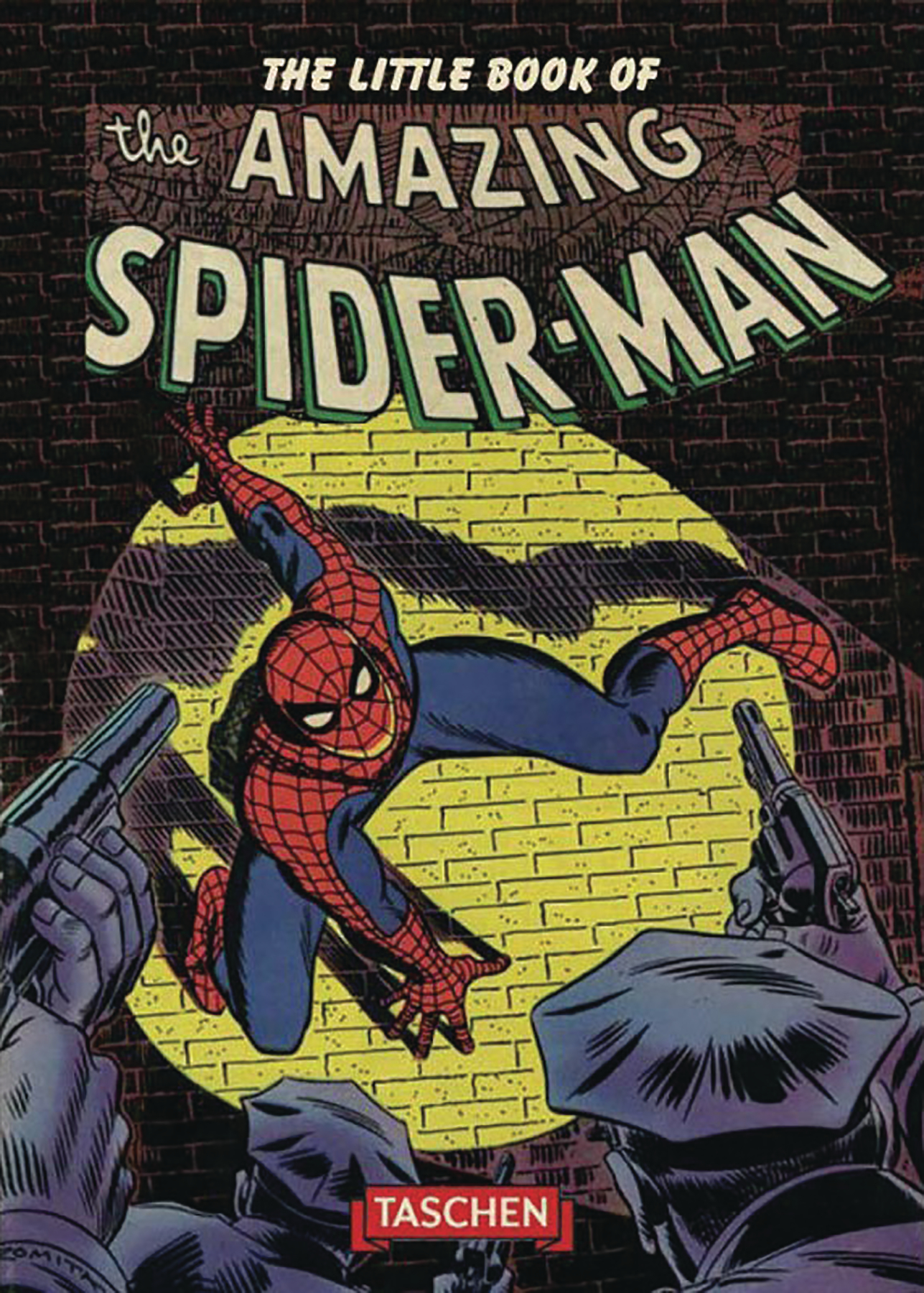 AUG172292
(W) Roy Thomas
Since his debut in Amazing Fantasy #15 in August 1962, Spider-Man has been a hero to millions. Peter Parker was an ordinary teen who received powers from a radioactive spider, and failed to stop the man who would murder his uncle. This led him on a singular quest to take on the mantle of Spider-Man and rid New York City of the bad guys, and we've been rooting for him ever since. For more than 50 years he's been a star of comic books, television, movies, and Broadway, and now, with 192 pages of images with text by Roy Thomas, The Little Book of Spider-Man is your authoritative guide to the everyman super hero!
In Shops: Dec 06, 2017
SRP: $9.99