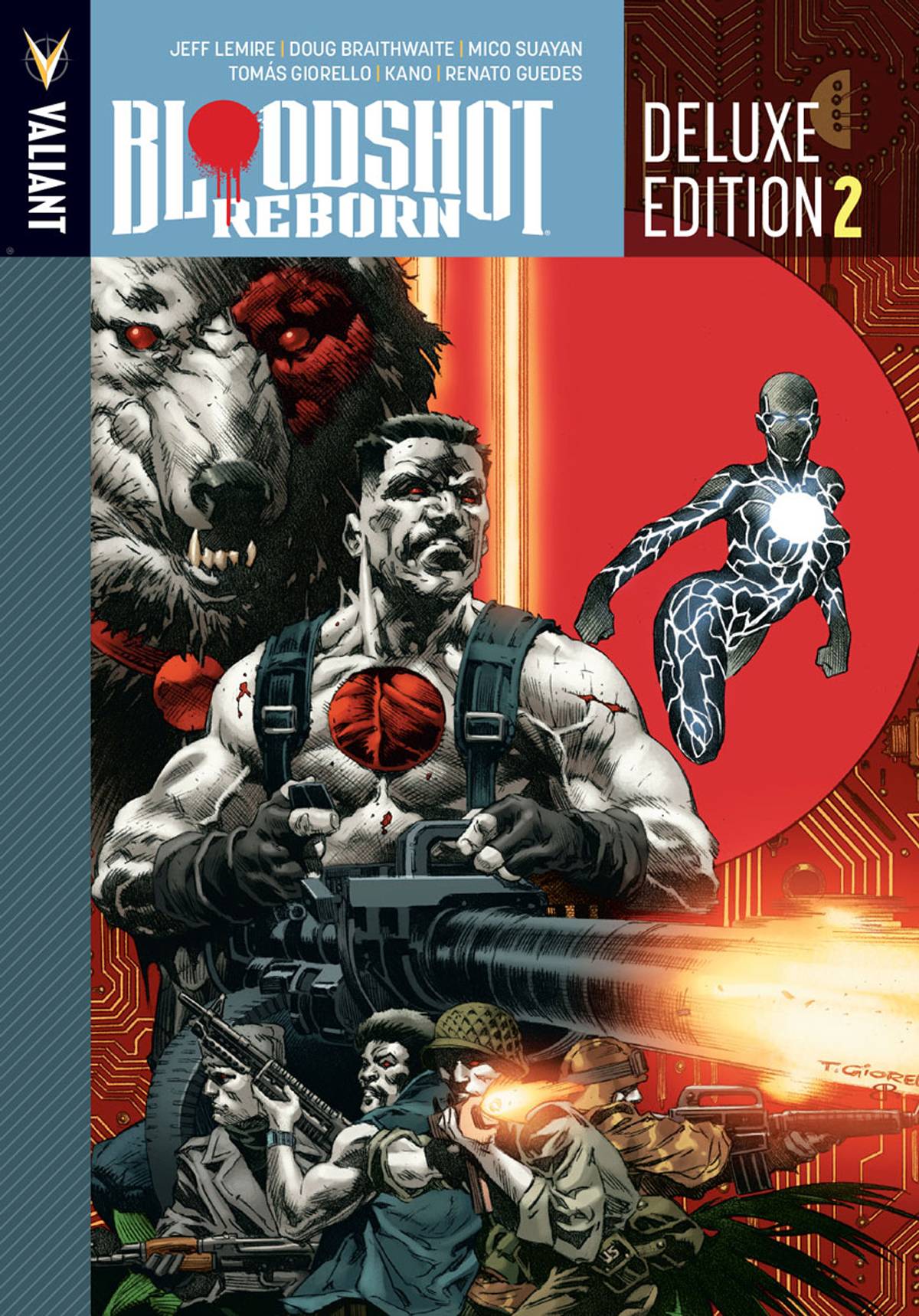 #
AUG172137
(W) Jeff Lemire, Michel Fiffe, Eliot Rahal (A) Mico Suayan, Doug Braithwaite, Ray Fawkes, Benjamin Marra, Kano, Khari Evans (CA) Tomas Giorello
New York Times best selling writer Jeff Lemire (Descender) is joined by acclaimed artists Doug Braithwaite (ARMOR HUNTERS), Mico Suayan (Moon Knight), Tomás Giorello (X-O MANOWAR) and many more, as they continue the epic saga of Valiant's nanite-enhanced hero right here in the next deluxe volume of the most-nominated series of the 2016 Harvey Awards!
Stranded on a mysterious desert island, Bloodshot is running for his life! But as he tries to make sense of his surroundings, he's quickly discovering that this is no ordinary tropical getaway... Surrounded by decommissioned relics of the same bloodstained project that created him - World War II Bloodshot, Cold War Bloodshot, Vietnam Bloodshot, and other antiquated experiments - Bloodshot is about to find out where Project Rising Spirit sends its old soldiers to die. Can this seasoned band of killers trust each other long enough to survive the threats that lie in the jungle around them...and unlock the secret at the heart of the island's existence before they're each permanently retired? And who or what is the sinister force called DEATHMATE that now hunts them at every turn?