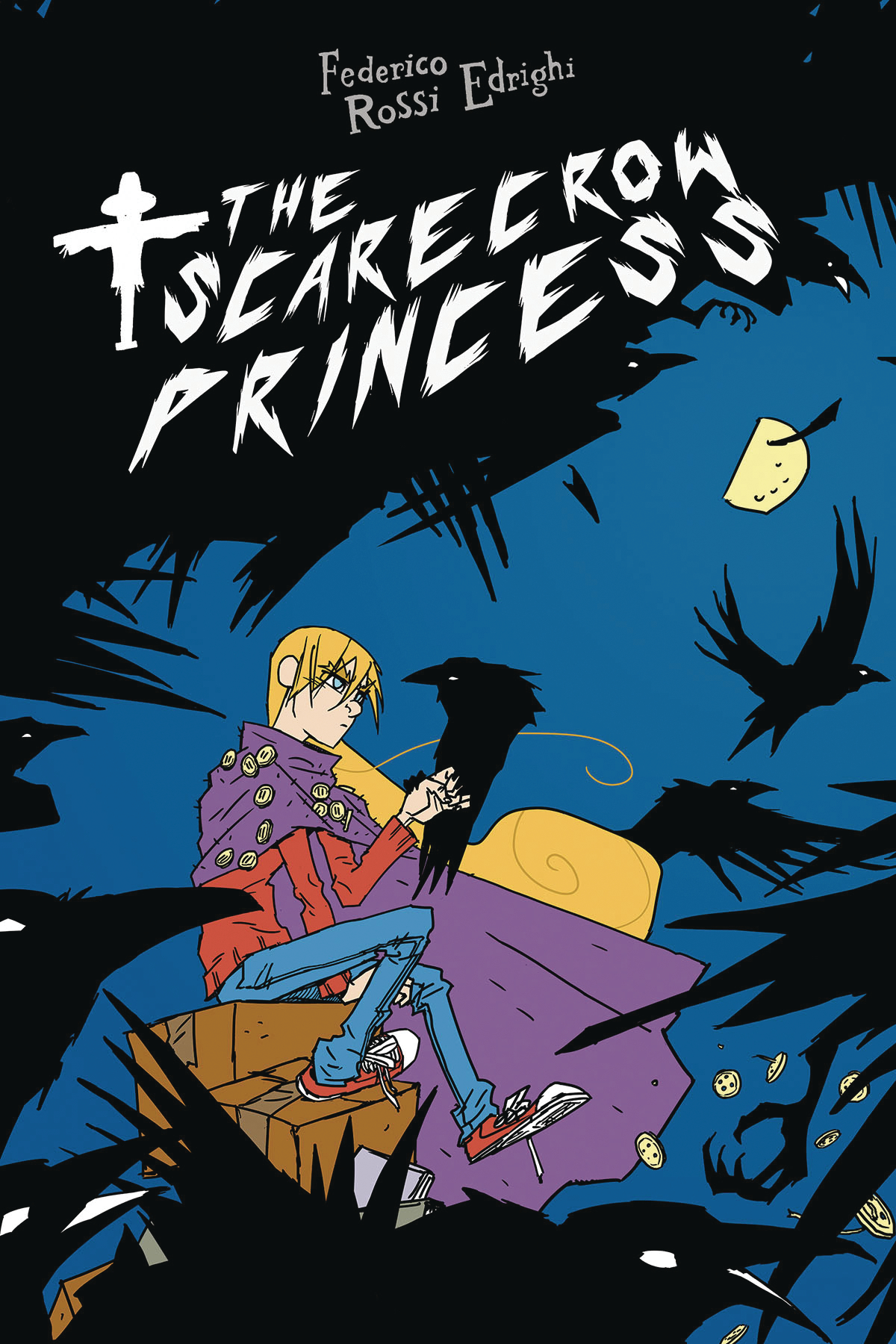 AUG171851
(W) Federico Rossi Edrighi (A/CA) Federico Rossi Edrighi
Only one figure stands against the dark and deceitful King of Crows... Morrigan Moore, the Scarecrow Princess.
Morrigan Moore has always been moody, but her new home is the worst. Her novelist mother has dragged her to the countryside, drawn by the lost myth of the King of Crows, a dark figure of theft and deceit, and the Scarecrow Prince, the only one who can stand against him. When Morrigan finds herself swept up in the legend, she'll have no choice but to take on the Scarecrow Prince's mantle -- and to stand and fight. For her town, her family, and her own future.
This lushly drawn graphic novel will pull you into its sinister secrets and now let go until the final page. For fans of Coraline and Over the Garden Wall.
In Shops: Oct 18, 2017
SRP: $14.99