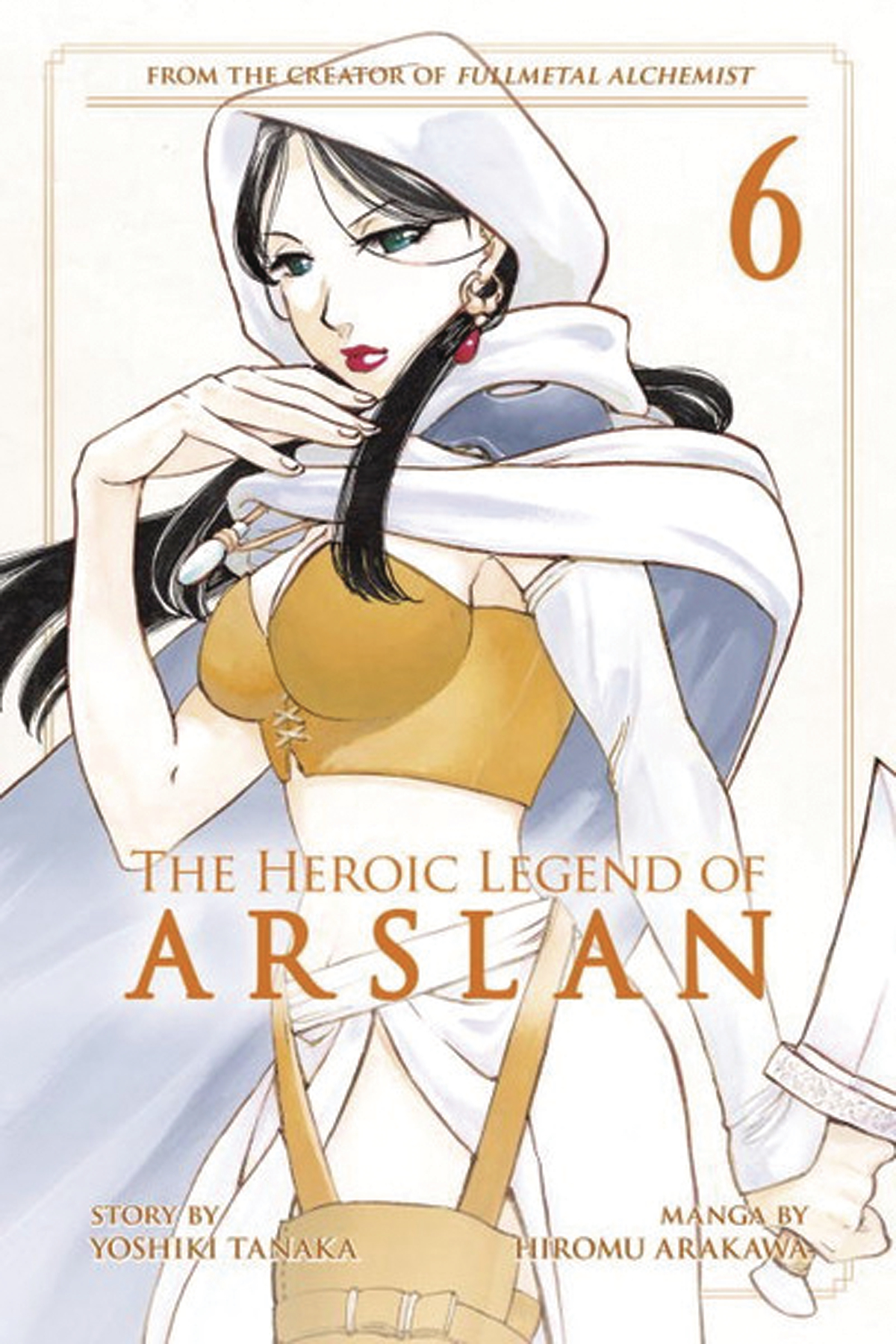 AUG171821
(W) Yoshiki Tanaka (A/CA) Hiromu Arakawa
The fantasy epic from the creator of Fullmetal Alchemist! Backed by only a few companions, including the philosopher/swordsman/tactician Narsus and his young servant, Elam; Pharangese, an aloof, cold priestess; and Gieve, a travelling musician and con-man, Arslan must stand against overwhelming odds to assemble an army strong enough to liberate his nation from the Lusitanian army which is led by the elusive warrior known as "Silvermask."
In Shops: Oct 25, 2017
SRP: $10.99
View All Items In This Series