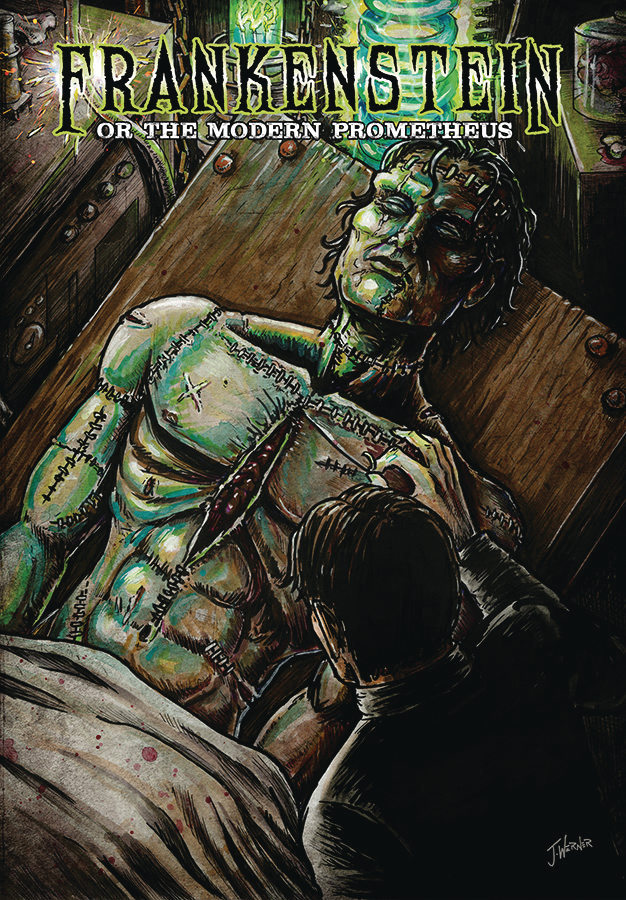 AUG171434
(W) Mary Shelley, E Jackson (A) Charles Yates, Eric Jackson (CA) Joshua Werner
Presenting a faithful adaptation of the classic novel from Mary Shelley. Based on the original story itself rather than the various cinematic films, this is a rendition of Frankenstein, the haunting and sophisticated tale that you may not have seen before. Shunned by his creator, the monster is forced to find acceptance in a world that is both confusing and frightening to him. The monster becomes enraged at the treatment that he receives and seeks revenge against mankind which has rejected him merely because he is different.
In Shops: Oct 18, 2017
SRP: $8.99