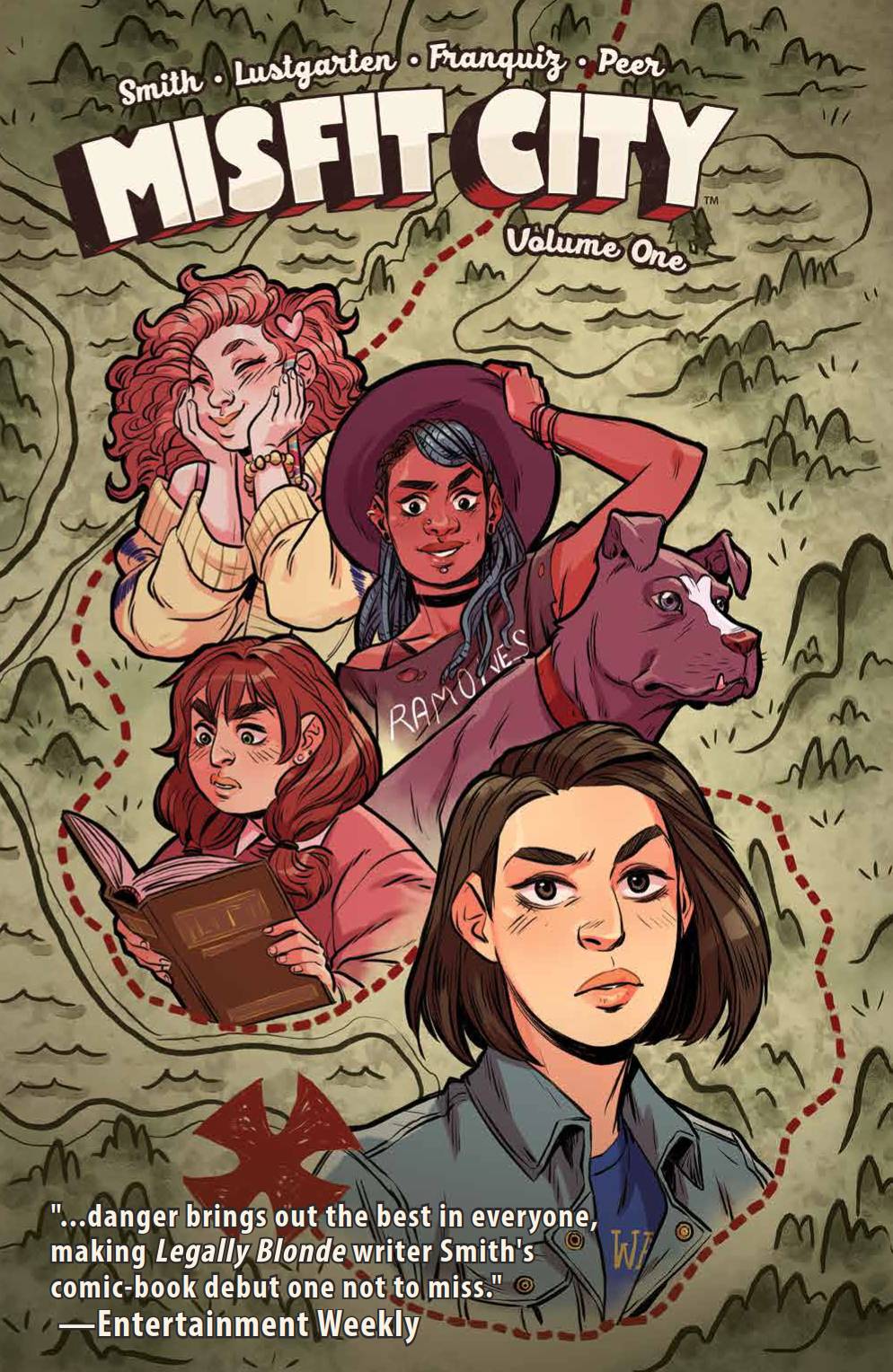 #
AUG171356
(W) Kirsten "Kiwi" Smith, Kurt Lustgarten (A/CA) Naomi Franquiz
Nothing's happened in Wilder's hometown since they filmed that cult kids' adventure movie there in the 80s... Until one day, she and her friends come upon a centuries-old pirate map!
Smothered by her backwater hometown and frustrated by its 1980s cult-movie fame (The Gloomies... have you seen it? It's a real classic, y'know.), Wilder is pretty sure she's seen everything Cannon Cove has to offer. She's desperate to get away from home as soon as she can, and move on to bigger, better, and less annoying things... even if that might mean leaving her best friends behind.
But when Wilder discovers a centuries-old pirate map, she may find out that REAL adventure was in their tiny town all along... and they need each other to get to the bottom of it! It's a rip-roaring adventure written by award-winning screenwriter Kiwi Smith (10 Things I Hate About You, Legally Blonde) and Kurt Lustgarten, and illustrated by Naomi Franquiz.
In Shops: Dec 13, 2017
SRP: $14.99
View All Items In This Series