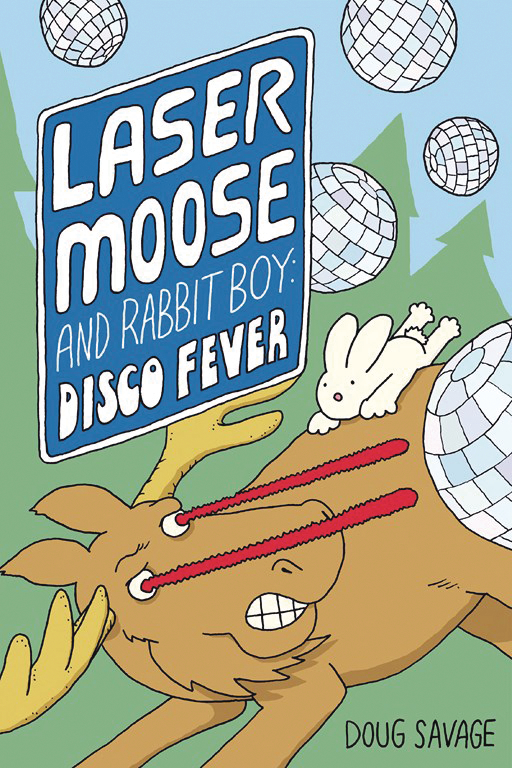 AUG171152
(W) Doug Savage (A/CA) Doug Savage
Laser Moose and Rabbit Boy face a familiar foe, a terrifying new enemy, and the frightening possibility that lasers can't solve everything in their biggest and most dangerous adventure yet. An accident (involving a pine cone, a fish, and a truck delivering disco supplies) triggers a series of events that leads to the ultimate confrontation between Laser Moose and his nemesis Cyborgupine. And it's a fight that Laser Moose can't win with lasers. Especially when faced with a malevolent new enemy: a cute little chickadee.
In Shops: Oct 25, 2017
SRP: $9.99