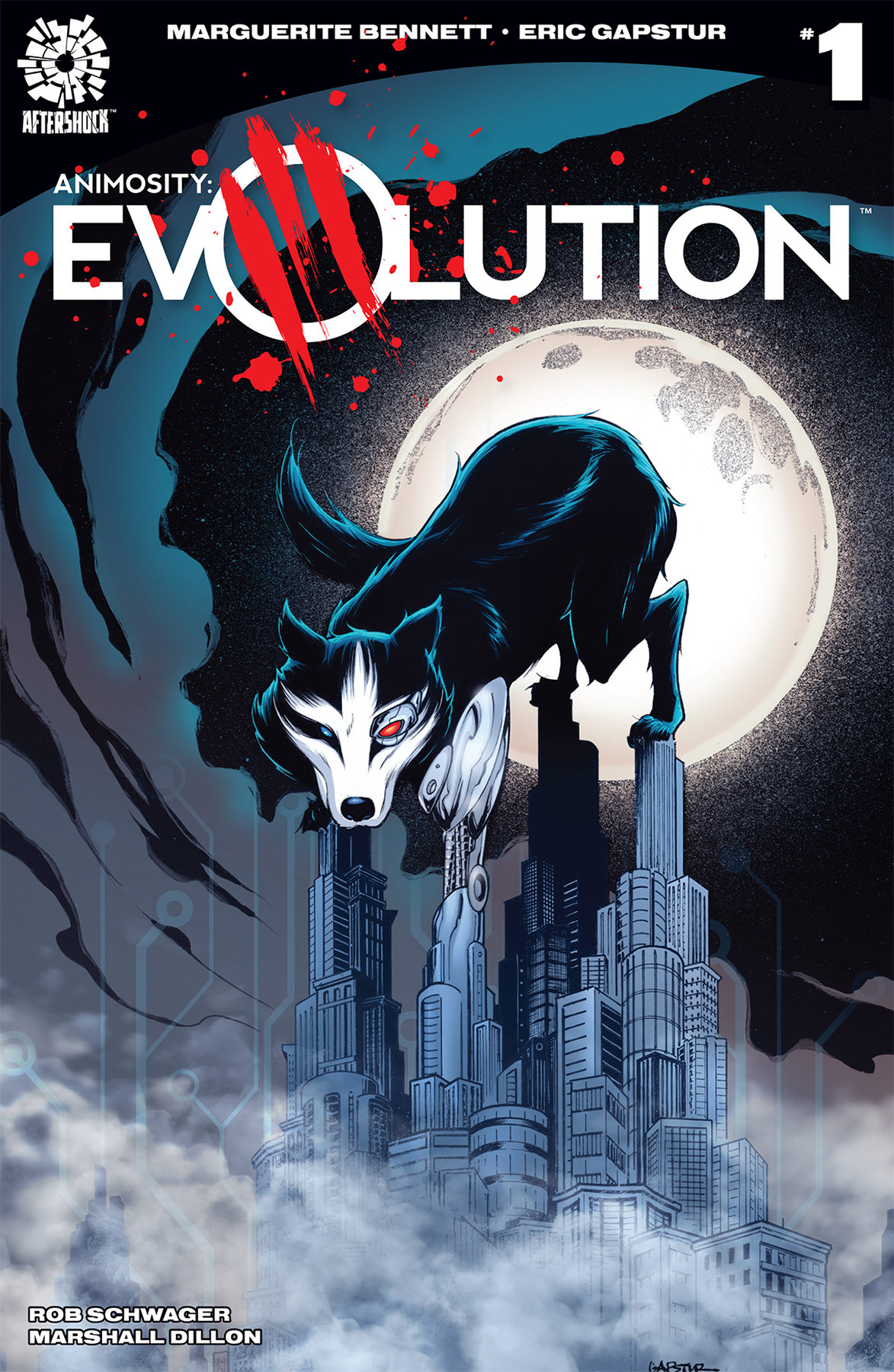 AUG171120
(W) Marguerite Bennett (A/CA) Eric Gapstur
NEW SERIES!
A new, additional ongoing ANIMOSITY series!
One day, the animals woke up. They started thinking. They started talking. They started taking revenge. Now, they've started building. In a city by the sea, a new power is on the rise...and they're making an animal kingdom all their own.
From the brilliant mind of creator/writer Marguerite Bennett (INSEXTS, Bombshells and Batwoman) with artwork by Eric Gapstur--ANIMOSITY: EVOLUTION is an exciting new series that expands upon this already amazing world!
In Shops: Oct 18, 2017
SRP: $3.99
View All Items In This Series
ORDER SUBSCRIBE WISH LIST