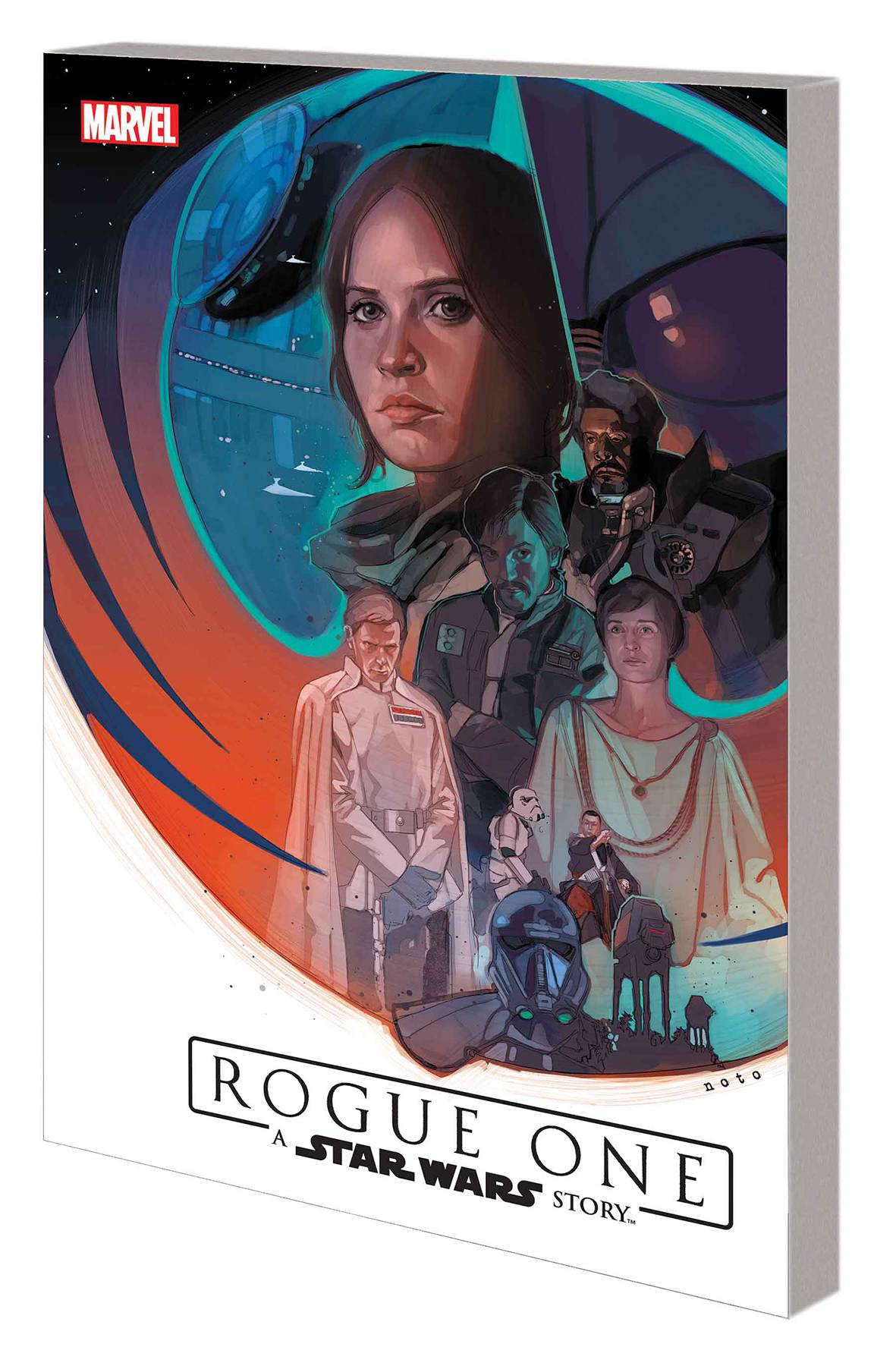 #
AUG171049
(W) Jody Houser, Duane Swierczynski (A) Emilio Laiso, Oscar Bazaldua, Paolo Villanelli, Fernando Blanco (CA) Phil Noto
The Rebellion is here! The Rogue One crew makes the leap from the big screen to the comic-book page in this action-packed adaptation! All looks lost for the galaxy when the Empire's new super-weapon is discovered. Any insurgency will quickly be thwarted by the devastating new Death Star! But maybe there's hope for the Rebel cause when Jyn Erso and Cassian Andor lead a crew of new heroes on a desperate mission to steal the plans to the planet-destroying threat! A crucial tale in the Star Wars saga is told at last! Plus: In an all-new story, flash back to the ill-tempered first meeting between Cassian and scene-stealing droid K-2SO! Collecting STAR WARS: ROGUE ONE ADAPTATION #1-6 and STAR WARS: ROGUE ONE - CASSIAN & K-2SO ANNUAL #1.
Rated T
In Shops: Nov 29, 2017
SRP: $19.99
ORDER WISH LIST