STAR WARS TP VOL 06 OUT AMONG THE STARS 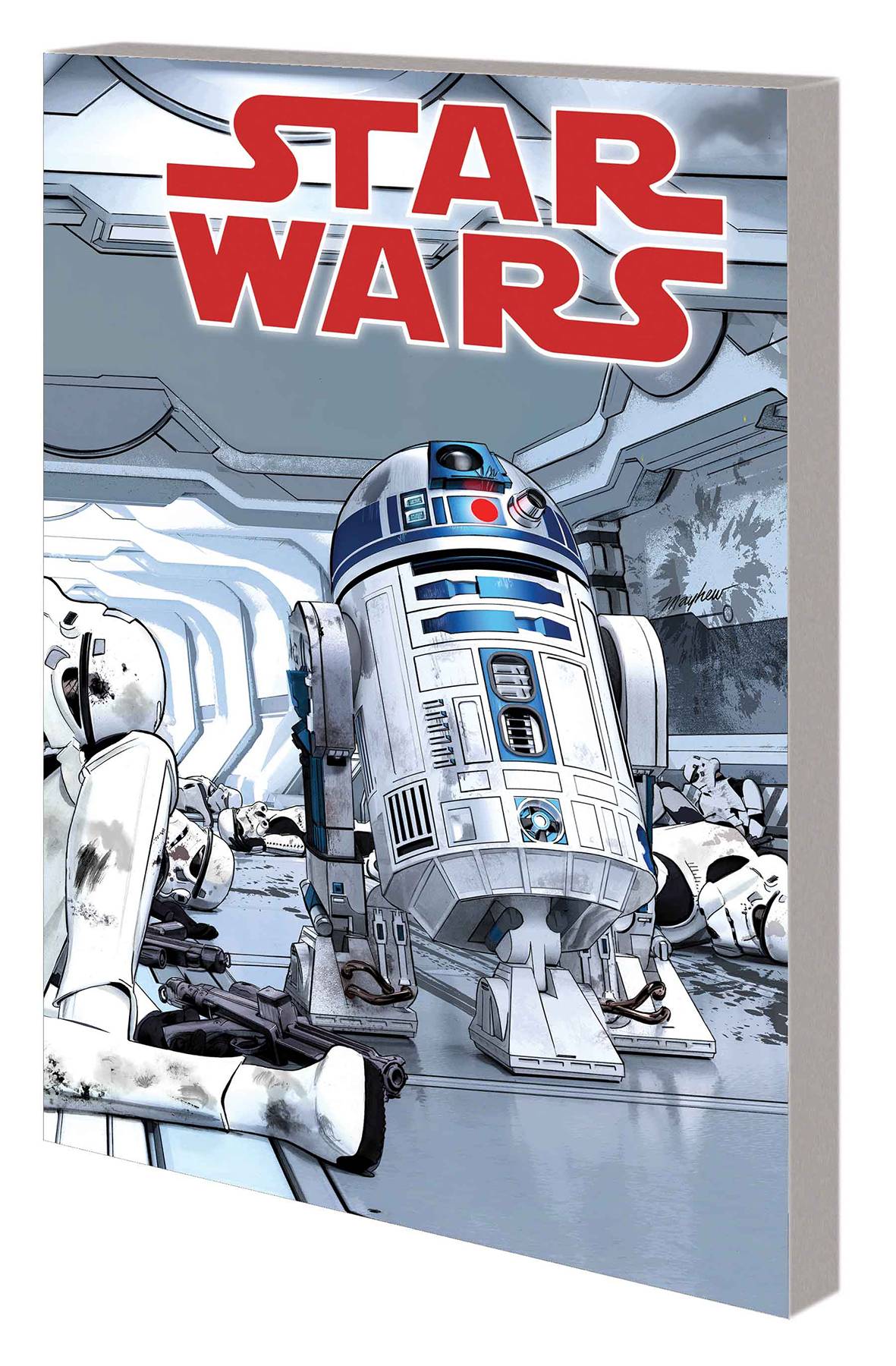 #
AUG171044
(W) Jason Aaron, Jason Latour (A) Salvador Larroca, Michael Walsh (CA) Mike Mayhew
Your favorite rebel rabble-rousers run riot across the galaxy! Luke Skywalker finally gets the alone time he's been after with Princess Leia - unfortunately, it comes while they're stranded on a desert island! In tales of the Star Wars underworld, Sana and Lando join forces on Coruscant to swindle some credits, and Han and Chewie go back to smuggling...for a Hutt?! Then, when the Alliance starts the search for a new secret base, Han leads Leia to scope out a hideout only he knows...only to find a group of killers who want him dead! But what about the droids? The Empire has held Threepio captive for far too long - and now his faithful friend is taking action. That's right - it's Artoo to the rescue! Collecting STAR WARS (2015) #33-37 and ANNUAL #3.
Rated T
In Shops: Dec 06, 2017
SRP: $19.99
View All Items In This Series
ORDER SUBSCRIBE WISH LIST