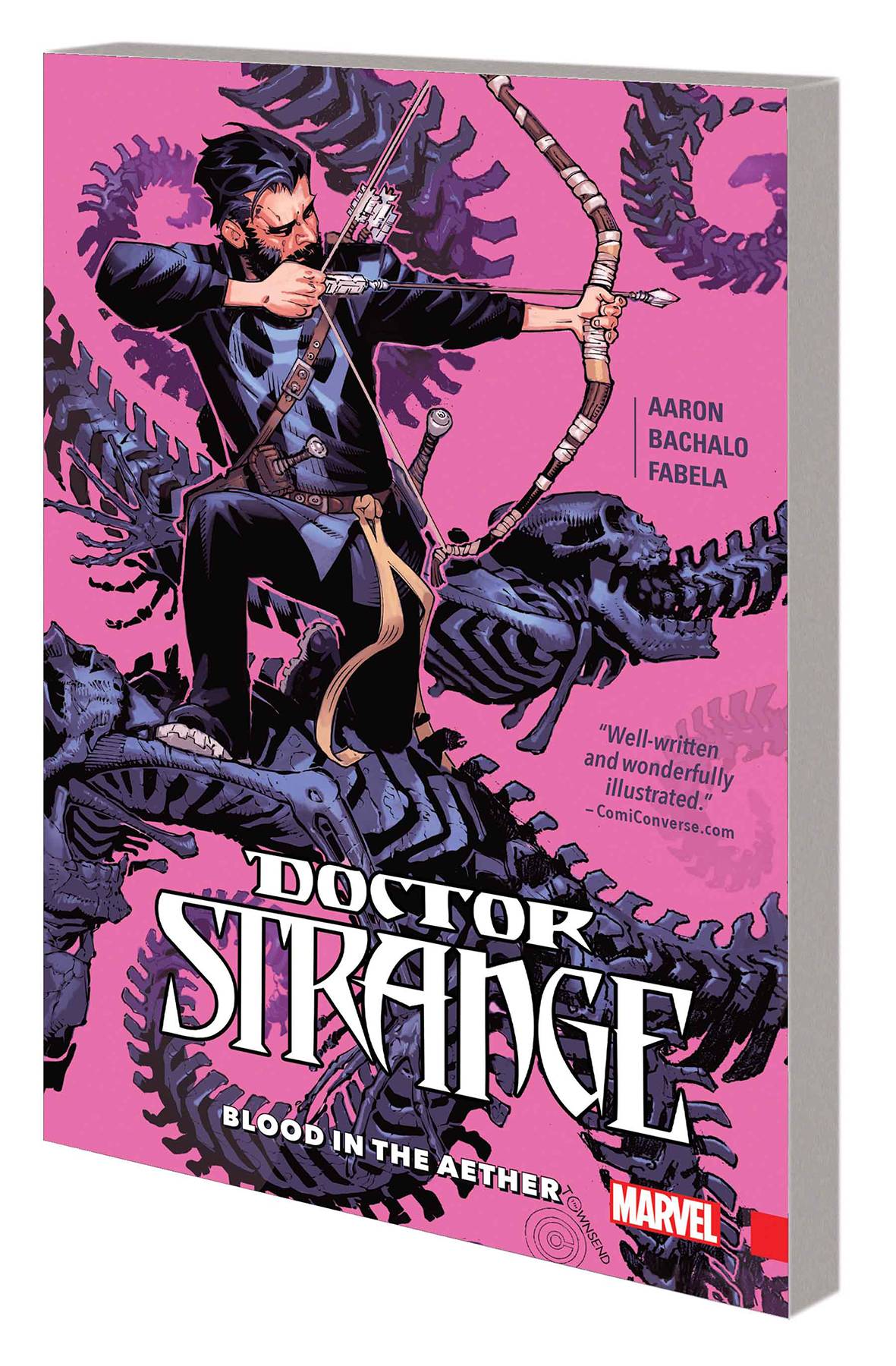 #
AUG171034
(W) Jason Aaron (A) Kevin Nowlan, Leonardo Romero, Jorge Fornes, Cory Smith (A/CA) Chris Bachalo
In the aftermath of THE LAST DAYS OF MAGIC, journey back to the first days of Doctor Strange! How did Stephen Strange become the Sorcerer Supreme - and how has he lost it all? Strange is on the brink of death, his magic nearly depleted. Sensing that the Master of the Mystic Arts is at his weakest, his greatest foes return from the shadows, ready to strike - starting with one of his oldest rivals, Baron Mordo! Can Stephen survive his foes converging and attacking him all at once? And as the bad guys line up to take their shot, one of his newest enemies may prove the most deadly of all. The Orb, now with the immense power of the slain Watcher's eye, has set his sights on Doctor Strange! Collecting DOCTOR STRANGE (2015) #11-16.
Rated T+
In Shops: Oct 25, 2017
SRP: $19.99
View All Items In This Series