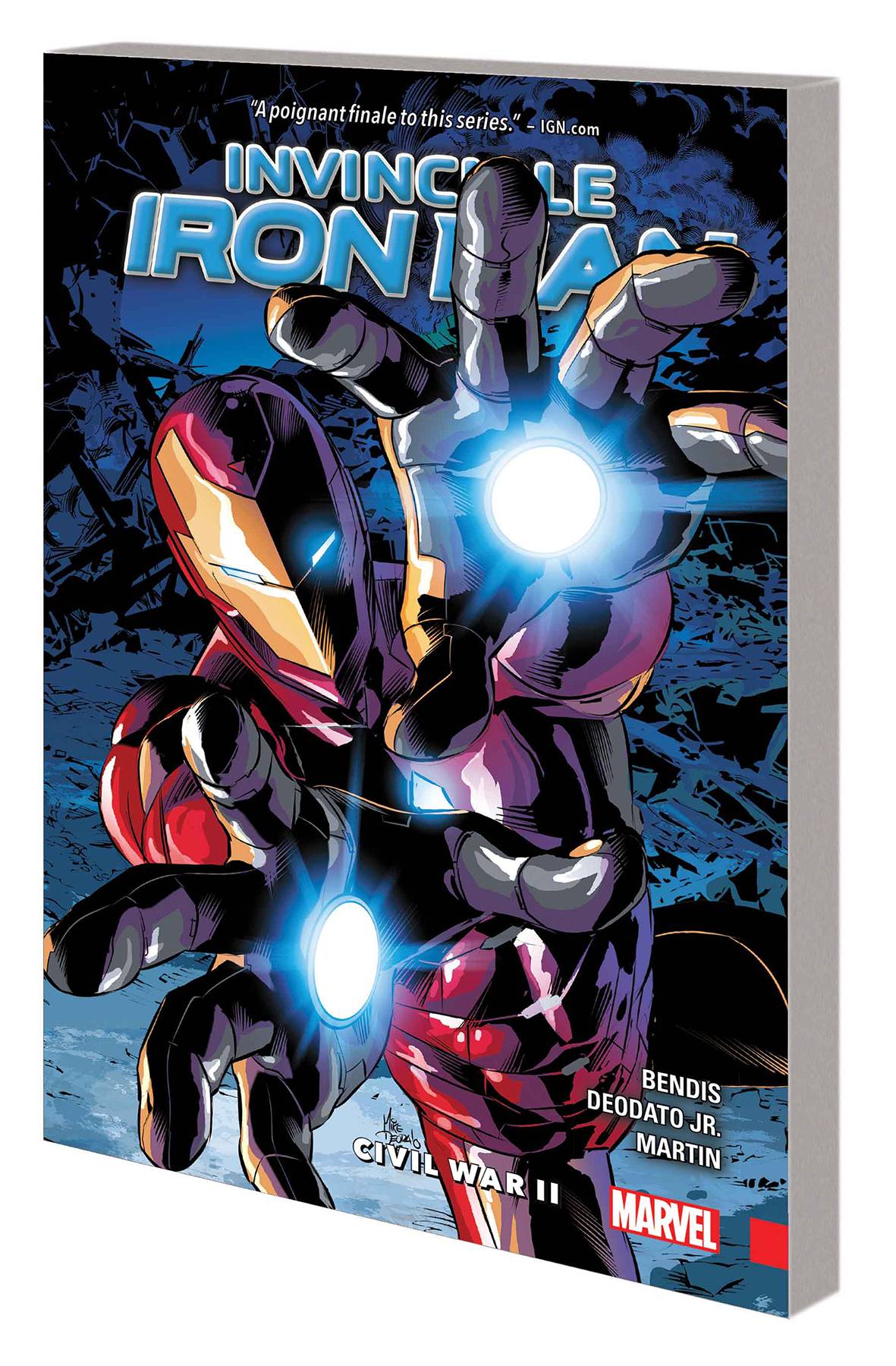 #
AUG171020
(W) Brian Michael Bendis (A) Mark Bagley, Marko Djurdjevic (A/CA) Mike Deodato
The heartbreaking end of an era - and the inspirational dawn of a new one! As the events of CIVIL WAR II come crashing down around Tony Stark, what exactly is Victor Von Doom up to amid the chaos? And when hostilities end, could this be the end of Iron Man as we know him? A blistering new chapter in the Iron Man mythos will begin after the war's shocking climax, when a young woman answers the call. Riri Williams will don the armor - but what is her surprising relationship to Tony Stark? The Marvel Universe will never be the same again! Plus: A classic showdown for the ages between Iron Man's Mighty Avengers and the diabolical Doctor Doom! Collecting INVINCIBLE IRON MAN (2015) #12-14 and MIGHTY AVENGERS (2007) #9-11.
Rated T+
In Shops: Oct 25, 2017
SRP: $15.99
View All Items In This Series