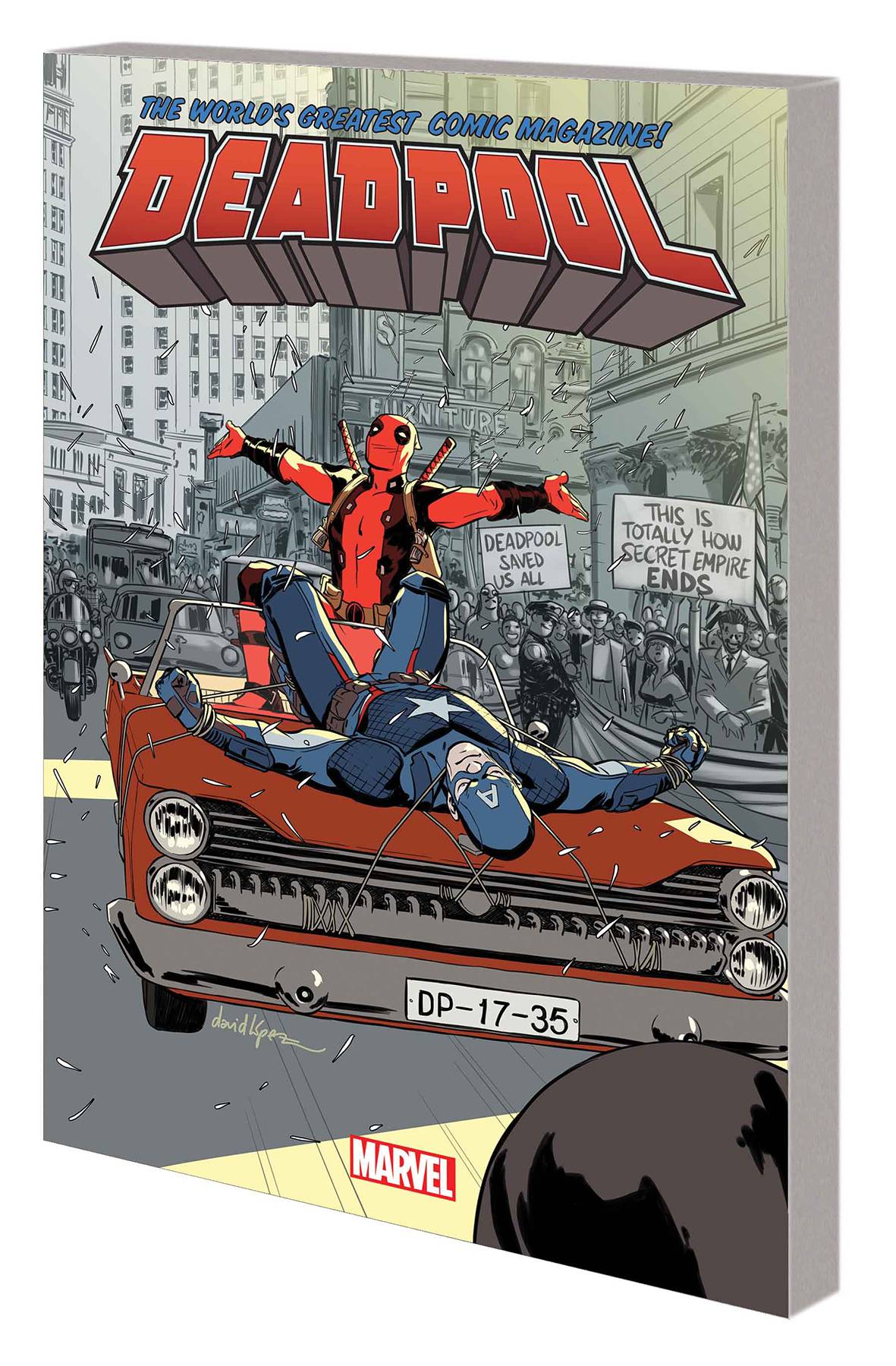 #
AUG171017
(W) Gerry Duggan (A) Matteo Lolli, Mike Hawthorne (CA) David Lopez
Wade Wilson trusts Steve Rogers implicitly - how could he not? But that faith is about to be put to the test, big time, when Captain America ushers in his Secret Empire! Who's the guy in Hydra green the chicks all call a sex machine? Deadpool! You're darned right. But it's not easy living under a Hydra regime - especially when you accidentally sided with them. Is there any way Deadpool can get out of this before he does something regrettable? Probably not. As things go from bad to worse, it's Wade vs. Agent Preston for the fate of Ellie! But it ain't over 'til it's over - there's hope for Deadpool yet, right? After all, who better than the World's Greatest Hero to put a stop to this whole Secret Empire once and for all?! Yeah...that's the ticket... Collecting DEADPOOL (2015) #31-36.
Parental Advisory
In Shops: Nov 01, 2017
SRP: $17.99
View All Items In This Series