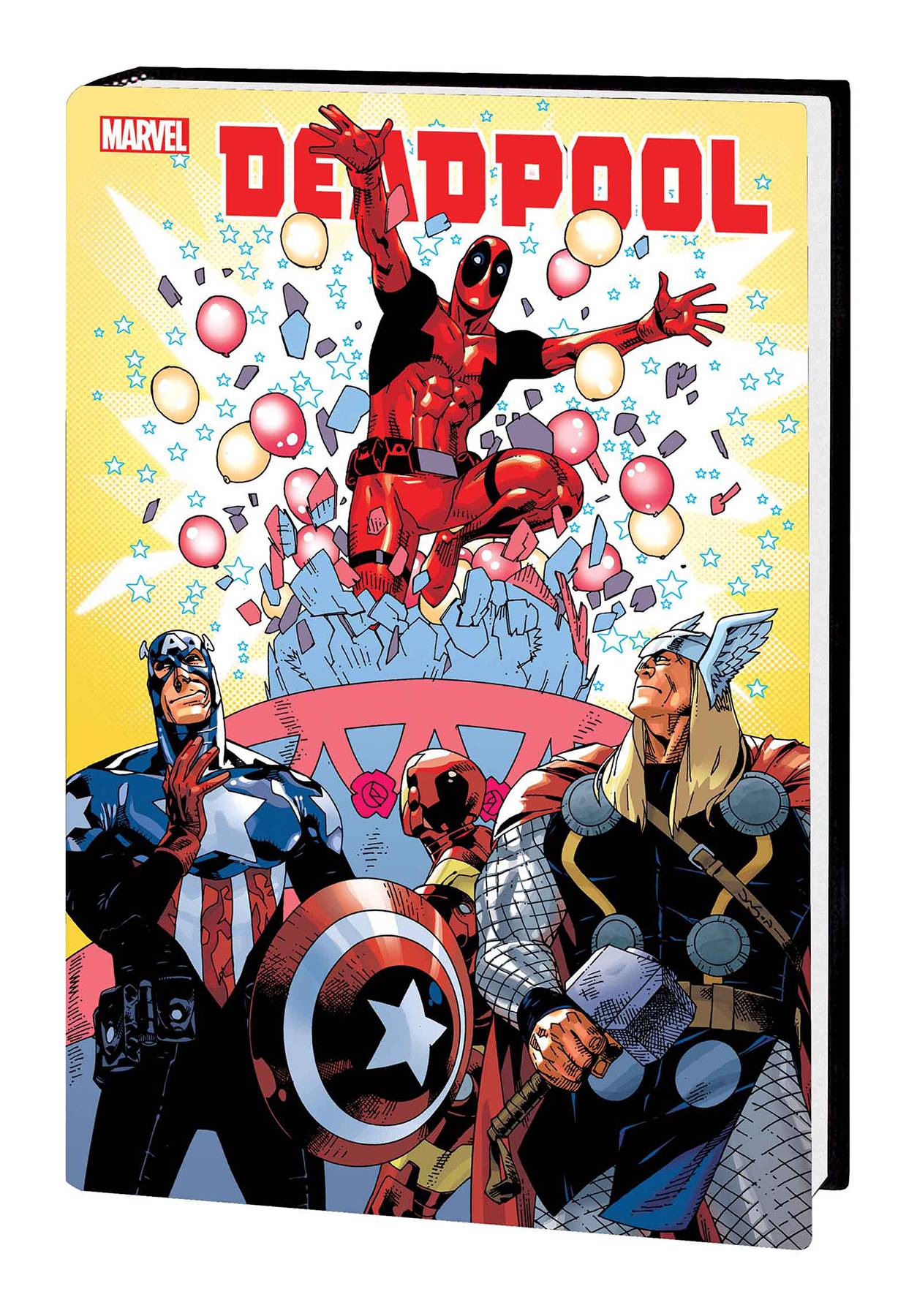 #
AUG171007
(W) Daniel Way, Duane Swierczynski, Andy Diggle (A) Steve Dillon, Paco Medina, Carlo Barberi, Shawn Crystal, Tan Eng Huat, Philip Bond, Bong Dazo, Dakbor Talajic (CA) Jason Pearson
Deadpool is Way cool! By which we mean, Daniel Way cool! One of Wade Wilson's wildest writers begins his riotous run in this volume packed with Merc madness. And he dives straight in at the deep end with a brutal throwdown against Wolverine! Then, the Skrulls have invaded Earth - but nobody warned them about Deadpool! So why does that mean Wade's going to war with Norman Osborn and his new team of bloodthirsty, black-ops Thunderbolts? Next, Deadpool wants to be an X-Man - and he's not going to let anyone stand in his way. Not even the X-Men. And while he's being sociable, why not a good old-fashioned team-up with Spider-Man? All this plus Hit-Monkey - the hitman who is a monkey! Collecting WOLVERINE: ORIGINS #21-25, DEADPOOL (2008) #1-26, THUNDERBOLTS (1997) #130-131, HIT-MONKEY (2010A) #1, HIT-MONKEY (2010B) #1-3 and DEADPOOL SAGA.
Parental Advisory
In Shops: Feb 07, 2018
SRP: $100.00
View All Items In This Series
ORDER WISH LIST