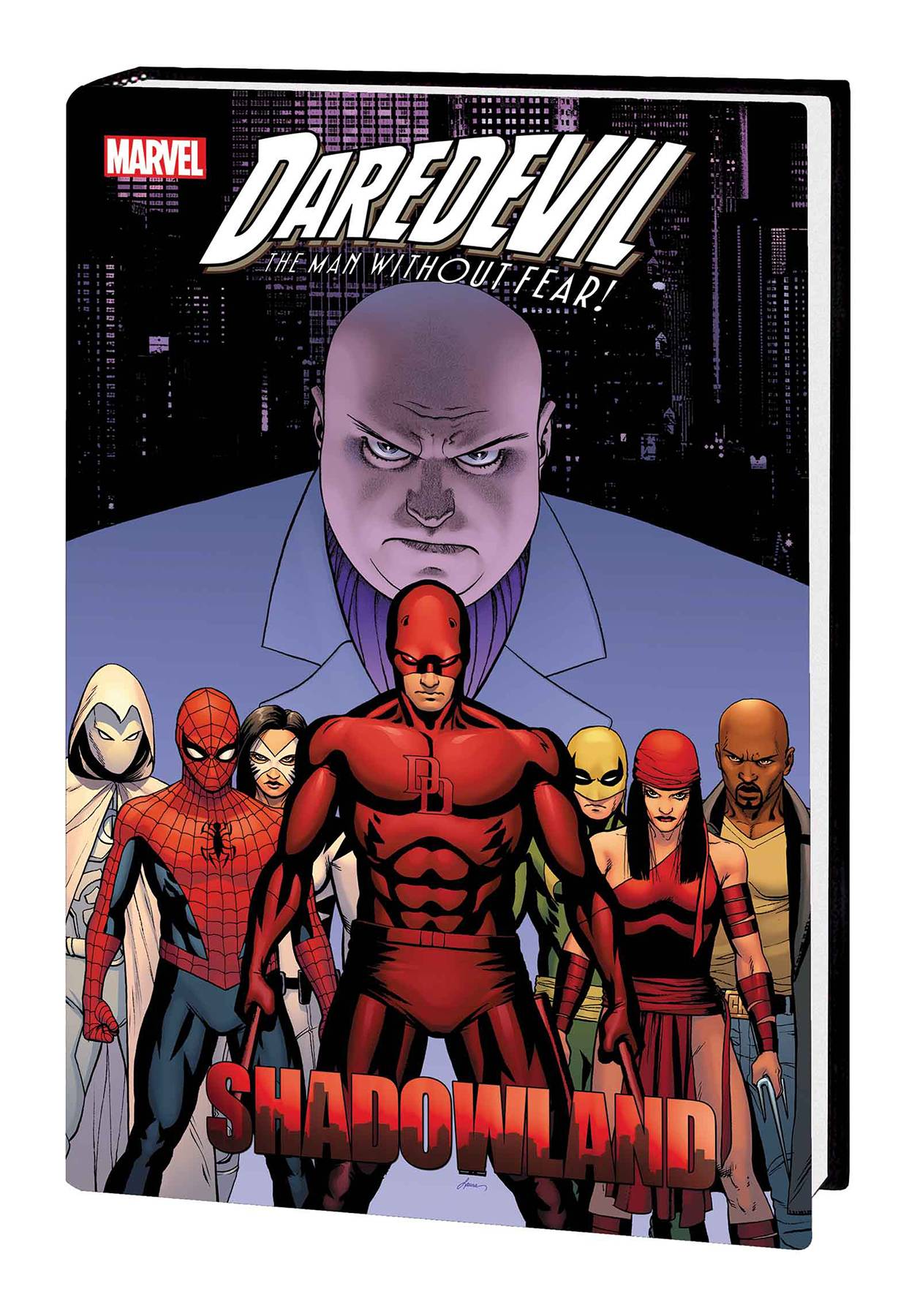 #
AUG171005
(W) Dan Slott, Zeb Wells, John Layman, Various (A) Paulo Siqueira, Billy Tan, Clayton Crain, Marco Checchetto, Emma Rios, Various (CA) John Cassaday
The Man Without Fear casts his shadow over the Marvel Universe! Daredevil has become the leader of the Hand - but instead of reforming the ninja clan, are they corrupting him? As Daredevil crosses a shocking line in battle with Bullseye, and sets up a stronghold in the midst of Hell's Kitchen, his former friends and allies - including Spider-Man, Luke Cage, Iron Fist, Elektra and the Daughters of the Dragon - are determined to stop him. But can they save Daredevil's soul as New York City crumbles under the weight of his new order? Collecting DARK REIGN: THE LIST - DAREDEVIL; DAREDEVIL (1998) #501-512; SHADOWLAND #1-5; SHADOWLAND: ELEKTRA, BULLSEYE, GHOST RIDER, SPIDER-MAN and AFTER THE FALL; SHADOWLAND: MOON KNIGHT #1-3; SHADOWLAND: BLOOD ON THE STREETS #1-4; SHADOWLAND: DAUGHTERS OF THE SHADOW #1-3; THUNDERBOLTS (1997) #148-149; SHADOWLAND: POWER MAN #1-4; and DAREDEVIL: REBORN #1-4.
Parental Advisory
In Shops: Feb 07, 2018
SRP: $125.00