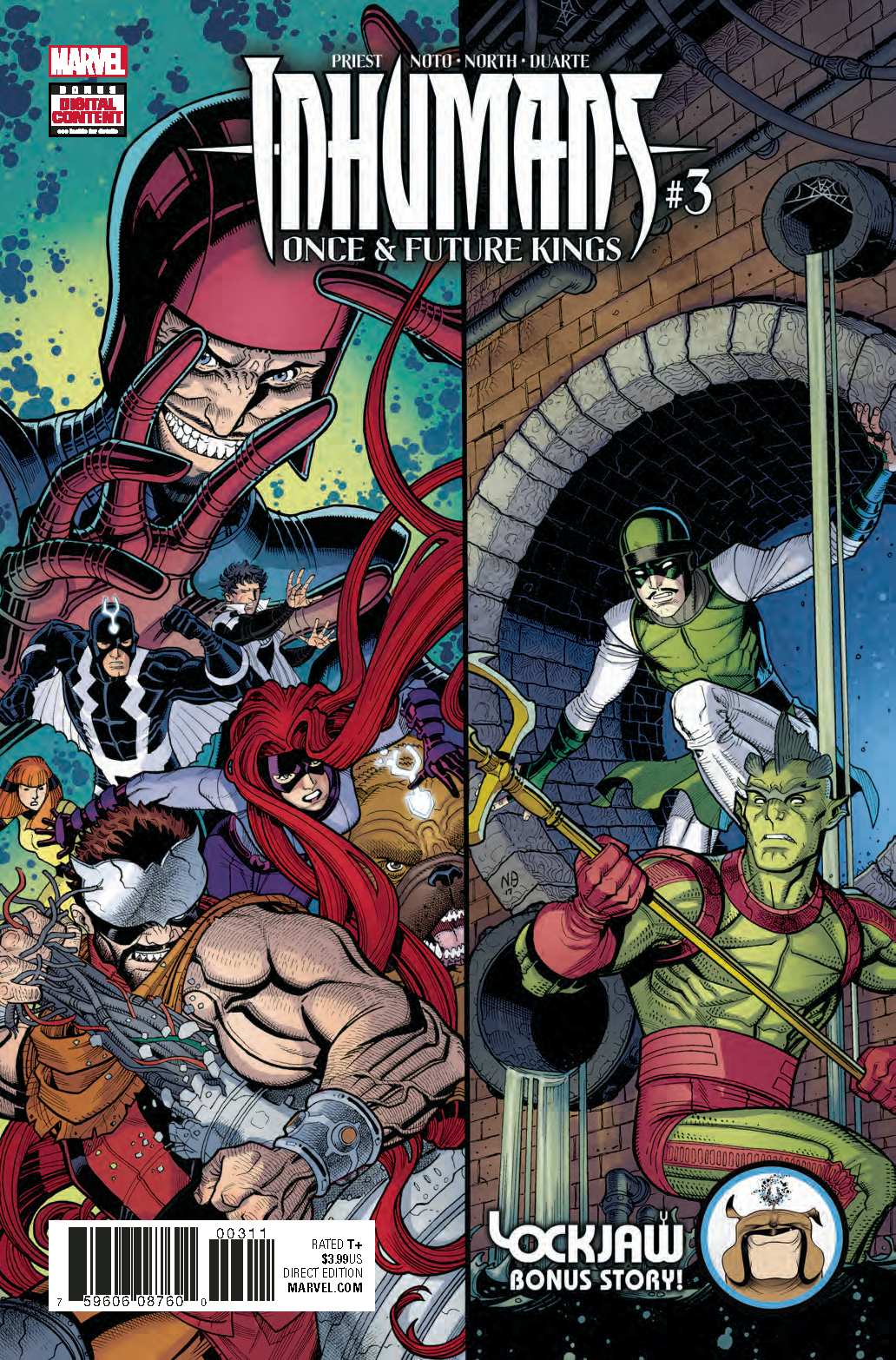 AUG170952
(W) Christopher Priest, Ryan North (A) Phil Noto, Gustavo Duarte (CA) Nick Bradshaw
TEEN REBELLION TURNS TO VILLAINY!
•  The Royals come under the wing of Bentley Wittman, A.K.A. the Wizard! But what does the tech genius gone bad want with the Inhumans?
•  The young Maximus has a secret - and it's driving him mad!
•  Meanwhile, Karnak searches the sewers of New York for his lost brother. Can he find Triton before humans turn him into...the WATER DEVIL?
•  Plus: The continuing adventures of Lockjaw, as told by UNBEATABLE SQUIRREL GIRL writer Ryan North and artist Gustavo Duarte!
Rated T+
In Shops: Oct 11, 2017
SRP: $3.99
View All Items In This Series