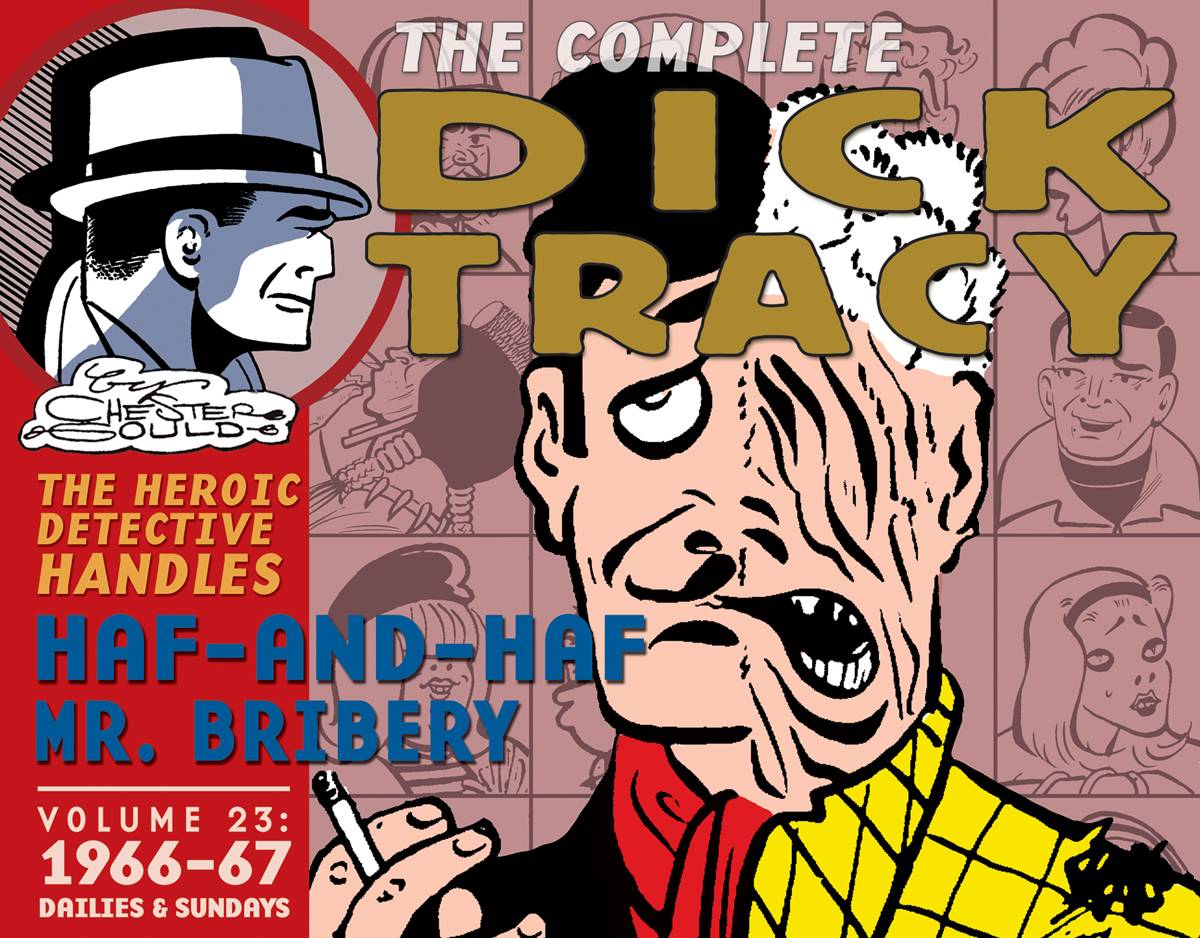 #
AUG170492
(W) Chester Gould (A/CA) Chester Gould
The adventures of this iconic square-jawed detective fighting a menagerie of grotesque villains remains one of the highlights in the history, of not just comics, but crime fiction in general. This series is ripe to introduce the strip to crime prose readers who haven't previously ventured into comics. Tracy is on the trail of the aptly named Mr. Bribery and his equally grotesque sister, Ugly Christine, in a story that also features a substance-abusing witch doctor and a shelf of shrunken heads. Meanwhile, newlyweds Junior and Moon Maid enter the story, and Dick Tracy's troubles are compounded when he comes face to face with master criminal Haf-and-Haf, one side of whose face is hideously disfigured. Included are all strips from December 27, 1965 to July 2, 1967.

Bullet points:
* "One of the best things to happen to the comic market in the last few years was IDW's decision to publish The Complete Chester Gould's Dick Tracy." -Scoop
* Advance solicited for December release!
In Shops: Dec 13, 2017
SRP: $44.99
View All Items In This Series
ORDER SUBSCRIBE WISH LIST