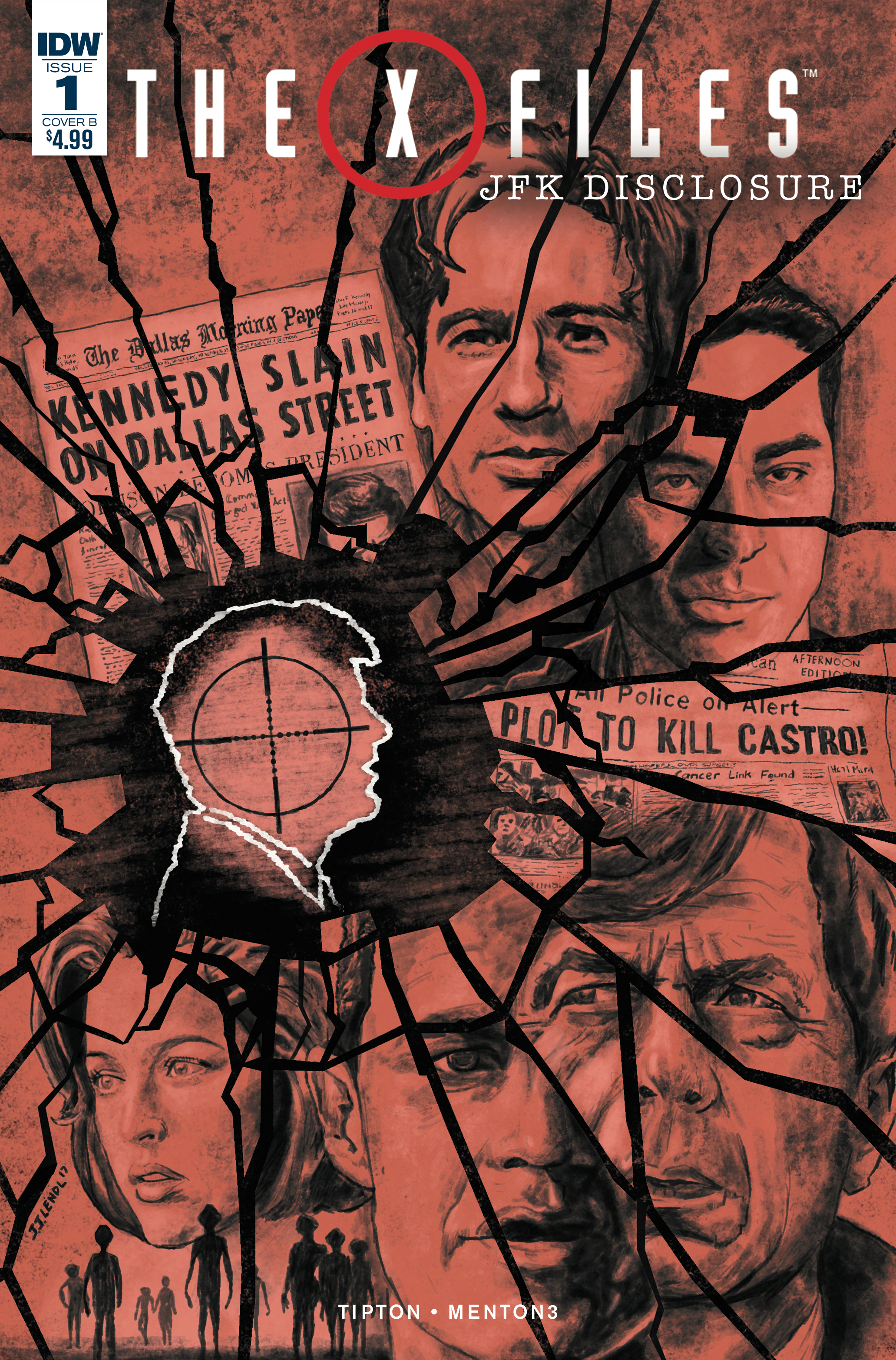 AUG170422
(W) Denton J. Tipton (A) Menton3 (CA) J.J. Lendl
When he learns the real reason behind President Kennedy's assassination, Mulder also discovers his father was involved in the conspiracy. This revelation forces him to decide between the two things he holds most sacred: his family and the truth. It's bombshell after bombshell in The X-Files: JFK Disclosure!
Bullet points:
* Lavishly painted art by Menton3!
* Timed to coincide with the real-world release of thousands of documents gathered in the investigation of the JFK assassination!
* Don't miss the B cover by X-Files Poster Project artist J.J. Lendl that connects to next issue's cover!
In Shops: Oct 25, 2017
SRP: $4.99
View All Items In This Series