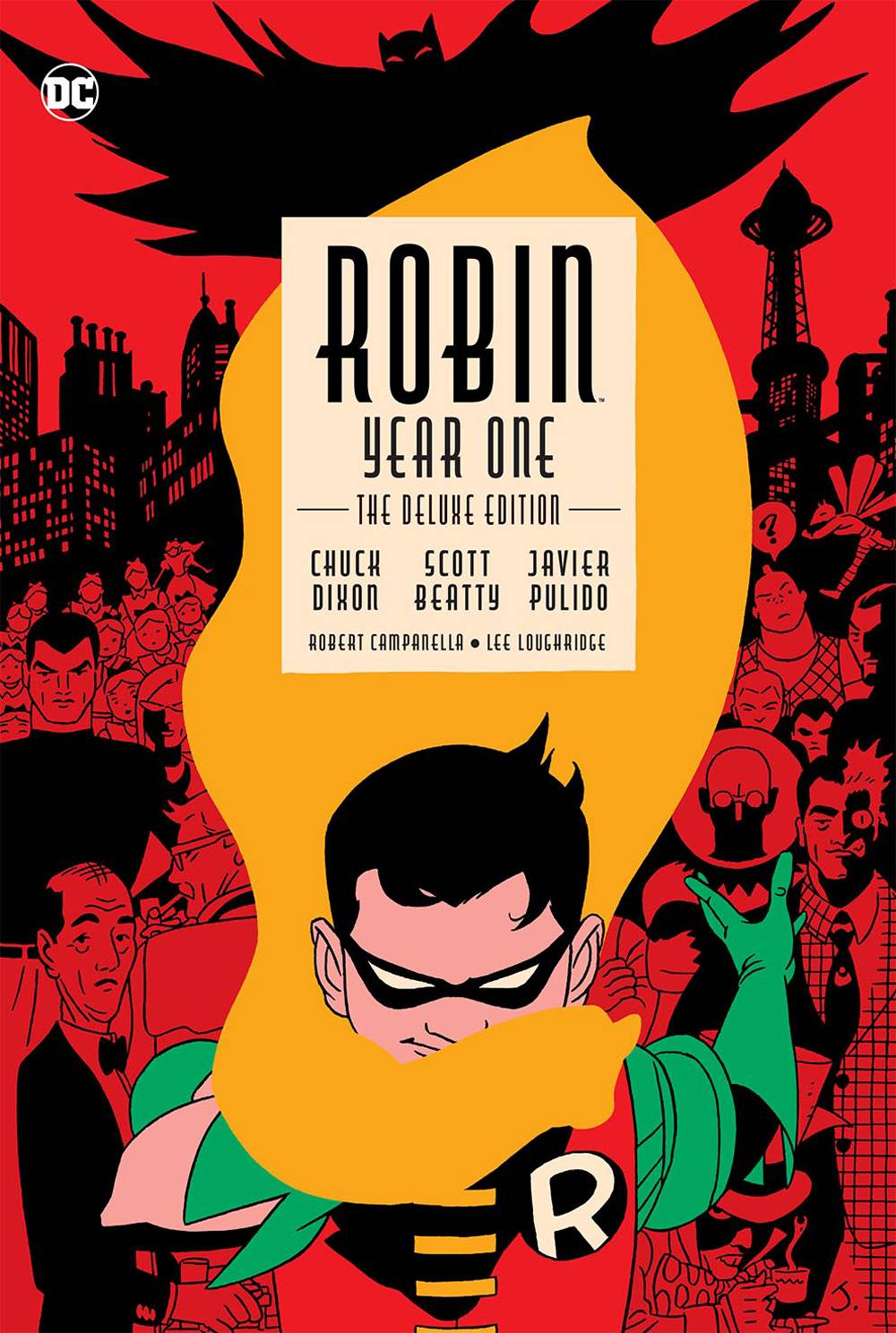 #
AUG170341
(W) Chuck Dixon, Scott Beatty (A) Robert Campanella, Marcos Martin (A/CA) Javier Pulido
Taking place after the events of BATMAN: DARK VICTORY, this epic tale recounts the beginning of Dick Grayson's career as Robin, the Boy Wonder. The devious Two-Face is very interested in recent reports that Batman now has a teenage sidekick. Indeed, Bruce Wayne has taken young Dick Grayson under his tutelage as Robin the Boy Wonder! Alfred Pennyworth is unsure if the inclusion of Dick Grayson into Batman's nightly adventures might not end up in a disaster, but the butler cannot deny the positive influence the lighthearted boy has on his master Bruce Wayne. Collects ROBIN: YEAR ONE #1-4.
In Shops: Feb 21, 2018
SRP: $34.99