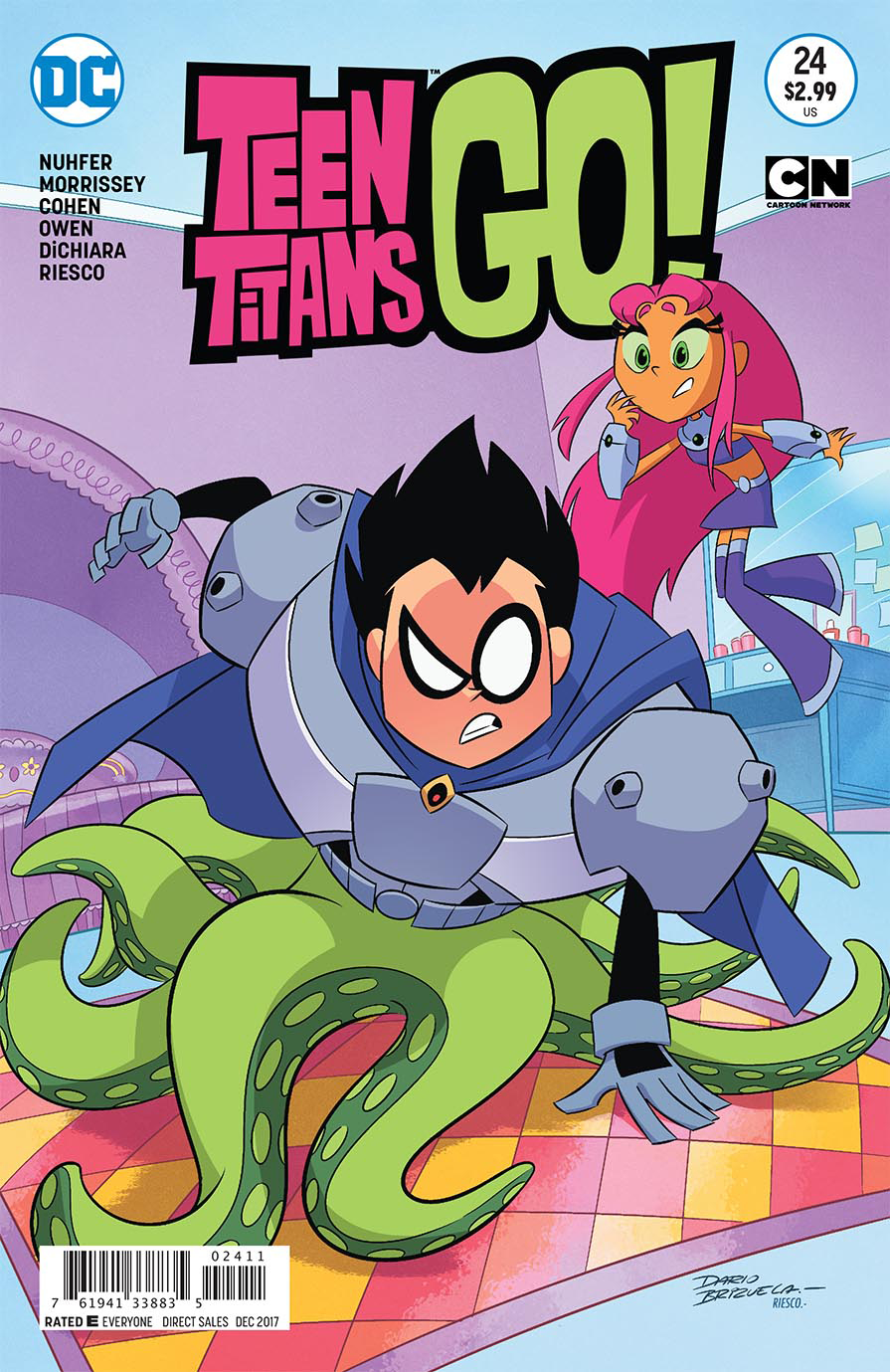 AUG170315
(W) Heather Nuhfer, Paul Morrissey, Ivan Cohen (A) Marcelo DiChiara (CA) Dario Brizuela
Things get "Twisted" when the Titans borrow a game Starfire brought from home. Who knew they'd merge into one giant pizza-eating, self-destructive bundle of nerves? Then, the team has to recruit new members to live up to a mistake on their license-will they be able to make it "Ten the Hard Way"?
RATED E
In Shops: Oct 18, 2017
SRP: $2.99
View All Items In This Series