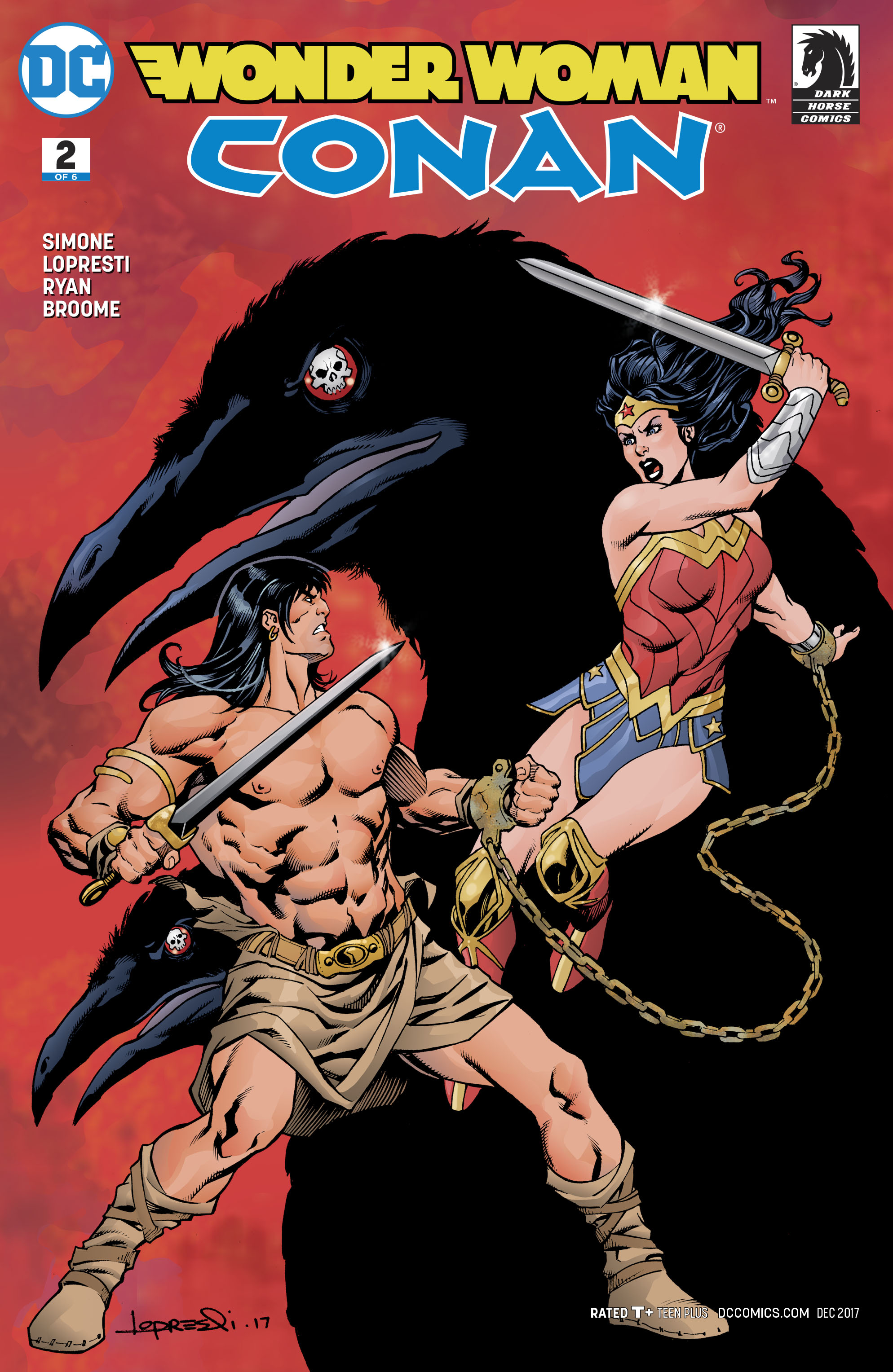 AUG170296
(W) Gail Simone (A) Matt Ryan (A/CA) Aaron Lopresti
Diana has escaped the Cimmerian gladiator's arena, but she's exchanged that battleground for an equally dire fate. Now she's chained to Conan-the warrior who refused to fight-and they've been sold to a pirate's crew! When their ship founders in a storm, a leap into shark-infested waters seems like the safest course... Co-Published with Dark Horse Comics.
RATED T+
In Shops: Oct 18, 2017
SRP: $3.99
View All Items In This Series