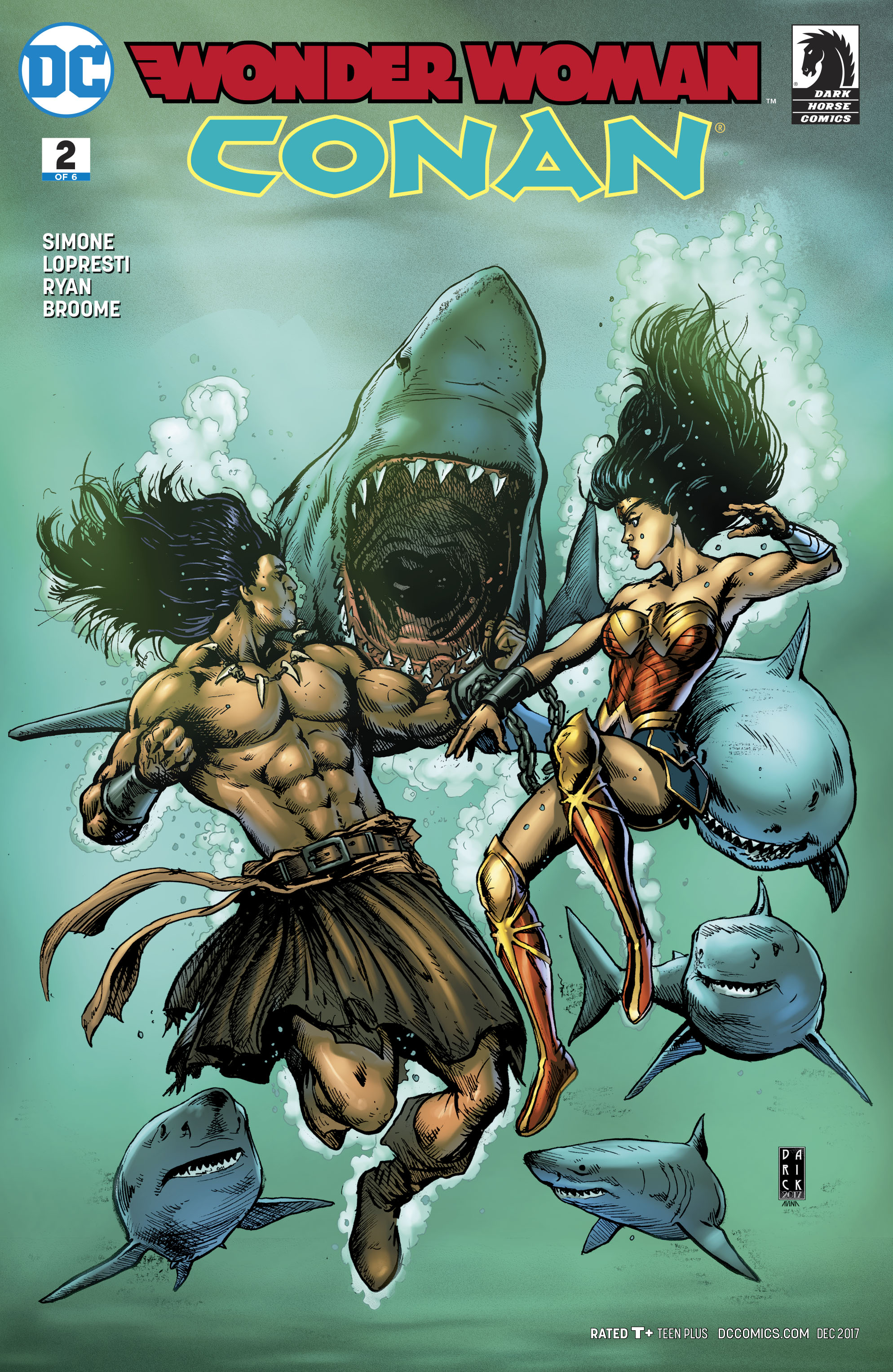 AUG170295
(W) Gail Simone (A) Aaron Lopresti, Matt Ryan (CA) Darick Robertson
Diana has escaped the Cimmerian gladiator's arena, but she's exchanged that battleground for an equally dire fate. Now she's chained to Conan-the warrior who refused to fight-and they've been sold to a pirate's crew! When their ship founders in a storm, a leap into shark-infested waters seems like the safest course... Co-Published with Dark Horse Comics.
RATED T+
In Shops: Oct 18, 2017
SRP: $3.99
View All Items In This Series