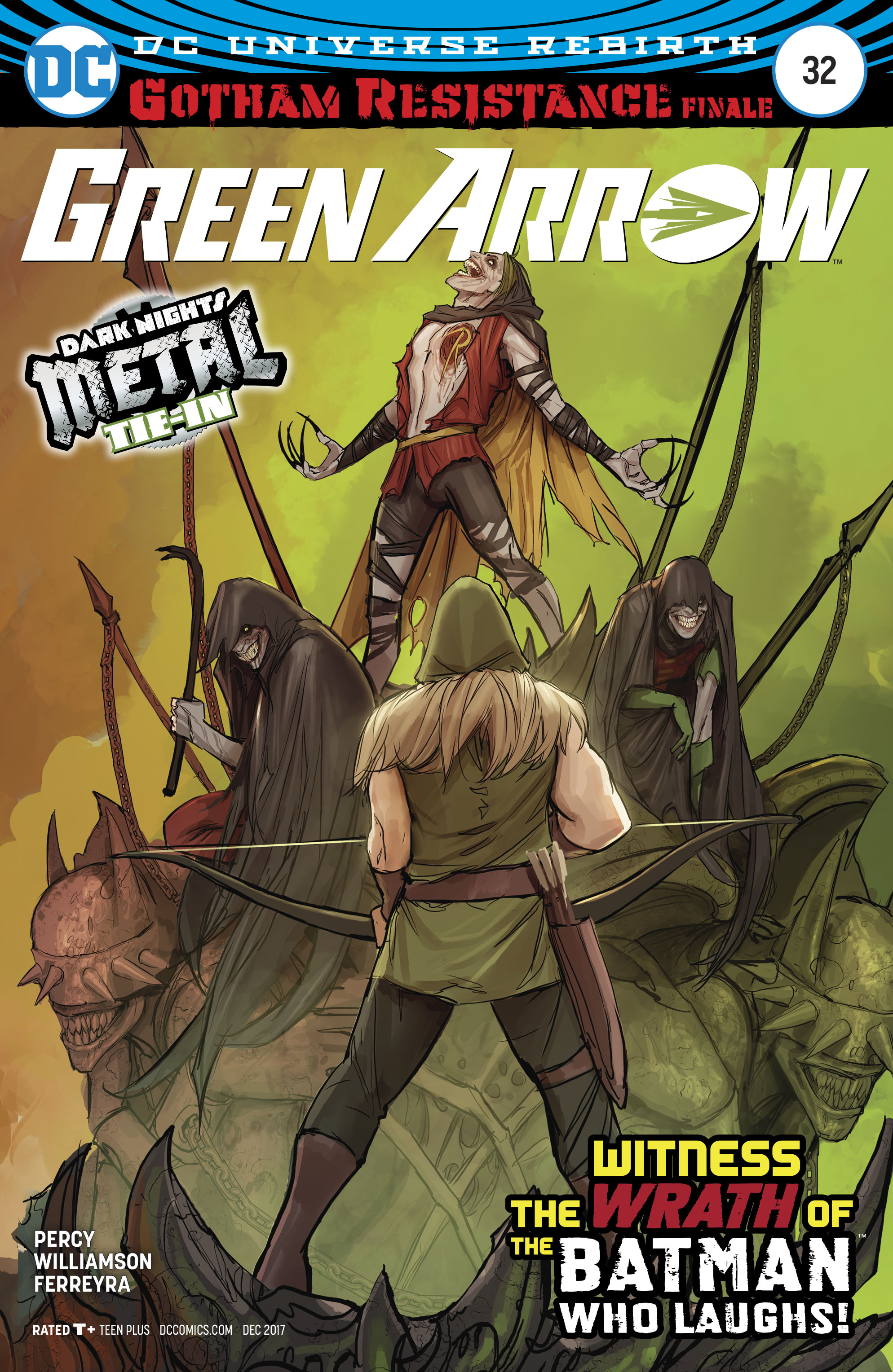 AUG170174
(W) Ben Percy, Joshua Williamson (A) Juan Ferreyra (CA) Stjepan Sejic
DARK NIGHTS: METAL tie-in! "GOTHAM RESISTANCE" finale! The Gotham Resistance has fought its way through lands of fire, poison, destruction and fear, but no one was ready for the craziest showdown of all: Green Arrow and Black Canary, whose eternal lovers' quarrel goes medieval as the team marches into the hellish, mind-bending world of The Man Who Laughs to uncover the secret to defeating the hordes of the Dark Multiverse!
RATED T+
In Shops: Oct 04, 2017
SRP: $2.99
View All Items In This Series