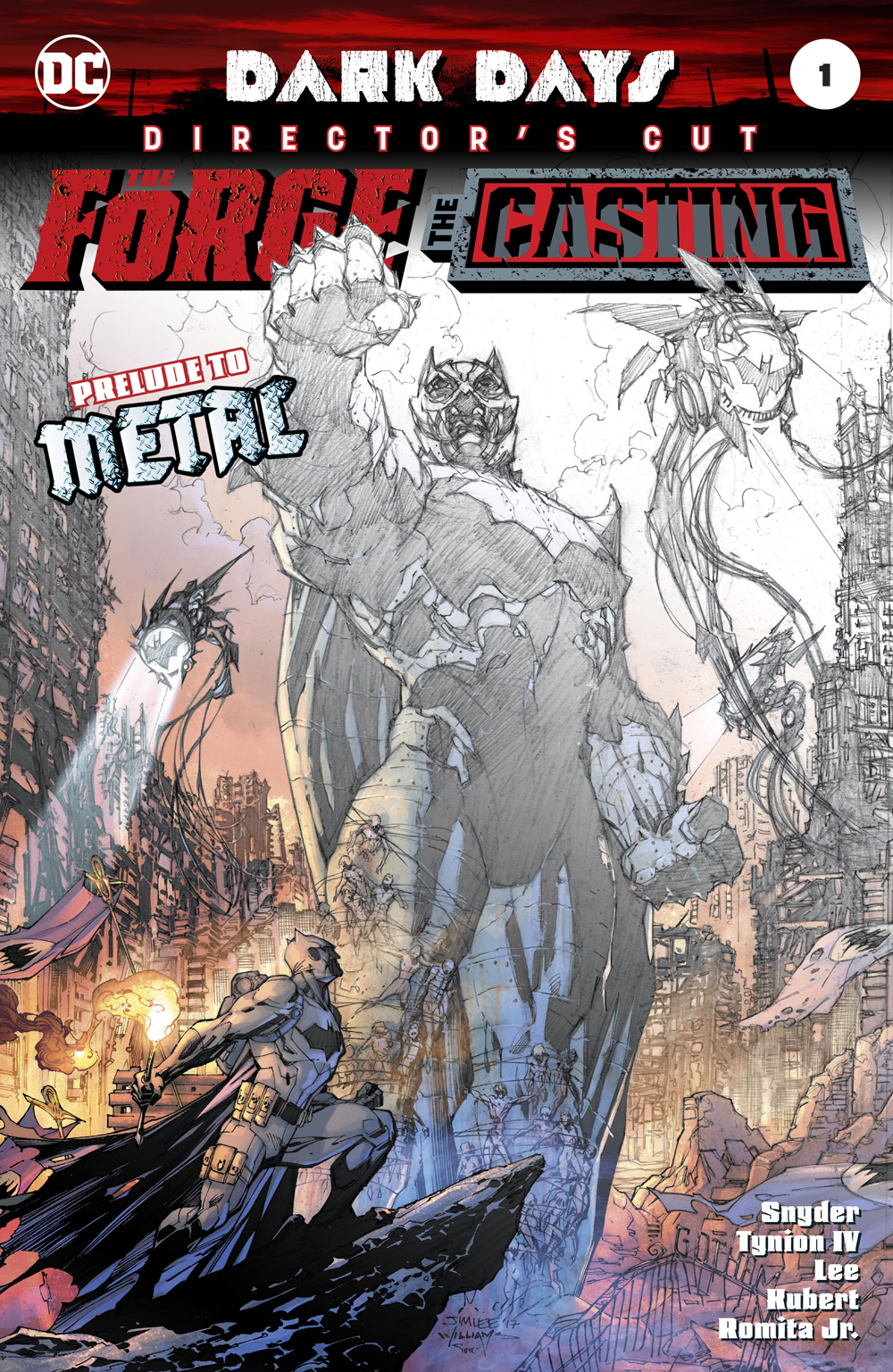 AUG170171
(W) Scott Snyder, James TynionIV (A) Andy Kubert, John Romita (A/CA) Jim Lee
The road to DARK NIGHTS: METAL began with DARK DAYS: THE FORGE and DARK DAYS: THE CASTING! Now, these two top-selling specials are presented again in this new Director's Cut edition! As THE FORGE begins, Aquaman, Green Lantern and more of DC's pantheon of heroes suspect Batman of hiding a dark secret that could threaten the very existence of the multiverse! And in THE CASTING, The Joker's surprise attack threatens to lay waste to all of Batman's carefully laid plans. This Director's Cut includes never-before-published extras!
RATED T
In Shops: Nov 29, 2017
SRP: $7.99
ORDER WISH LIST