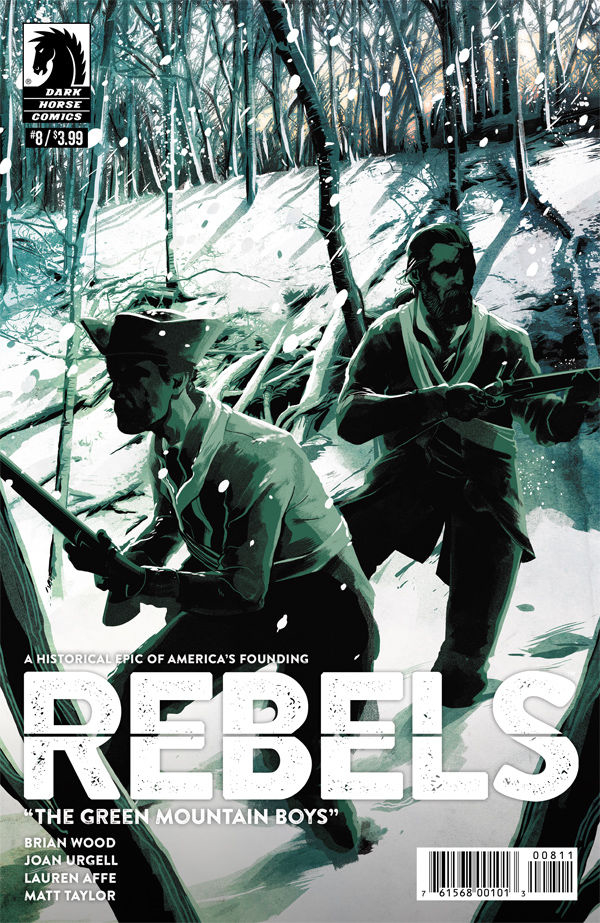 AUG170064
(W) Brian Wood (A) Joan Urgell (CA) Matt Taylor
Following a disastrous campaign in Quebec, two members of the Green Mountain Boys militia escort a column of sick and wounded south through the snow, fighting off British sharpshooters every inch of the way. Meanwhile, in Philadelphia, Seth Warner runs afoul of John Adams, who is reluctant to support the militia.

"There's a lot to like in understanding more of this period and what was going on and the creative team is firing on all cylinders once again." -The Fandom Post