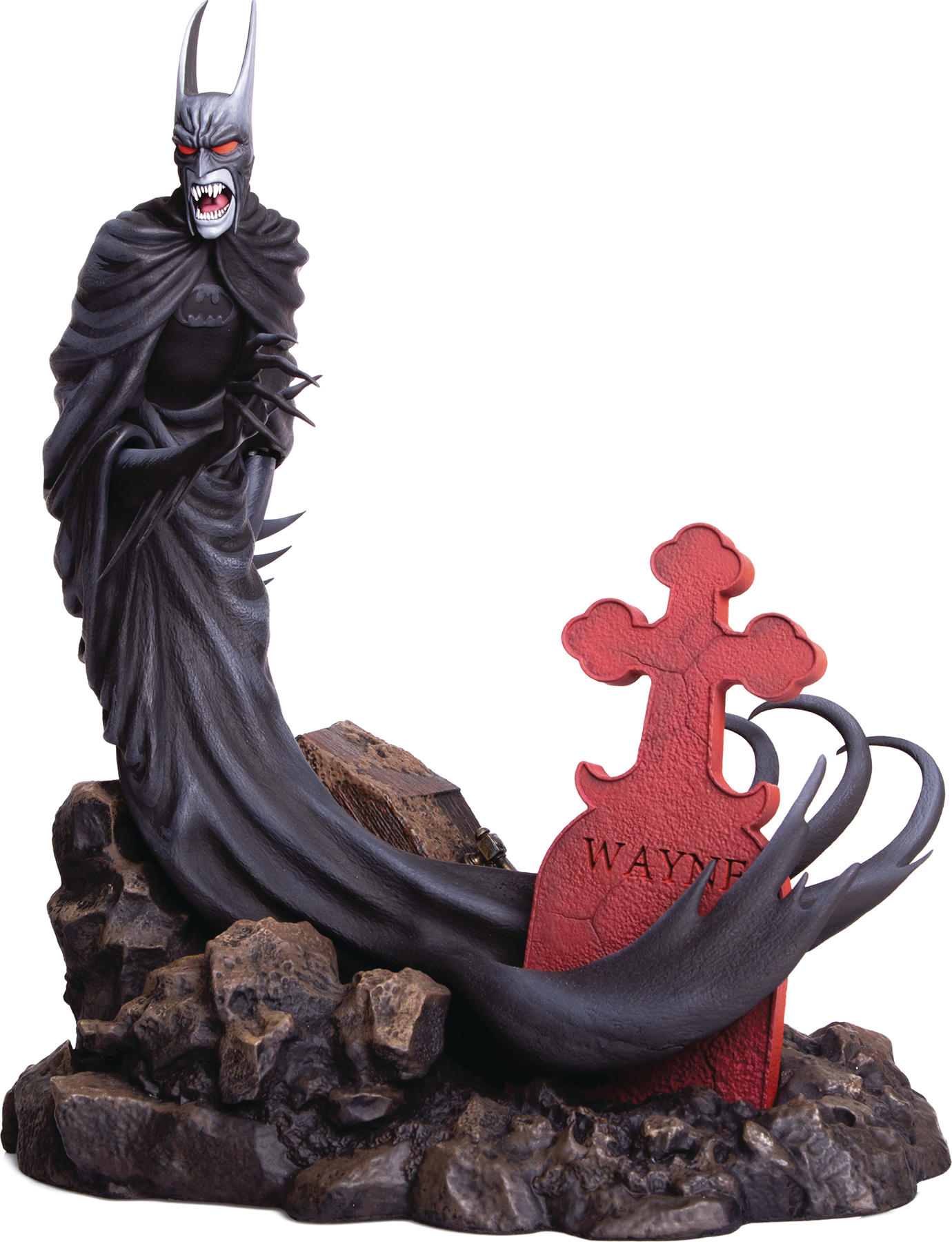 AUG169460
Batman/Dracula: Red Rain is a DC Comics Elseworlds tale, in which the Dark Knight battles the infamous Dracula, ultimately becoming a vampire himself in the process of defeating the Lord of the Vampires. Inspired by Francesco Francavilla's poster of the same name, the Batman: Red Rain Statue depicts Batman as a vampire stalking the night and hunting his own kind, while attempting to stave off his own hunger for blood. Made of polystone, this statue stands 15" tall.