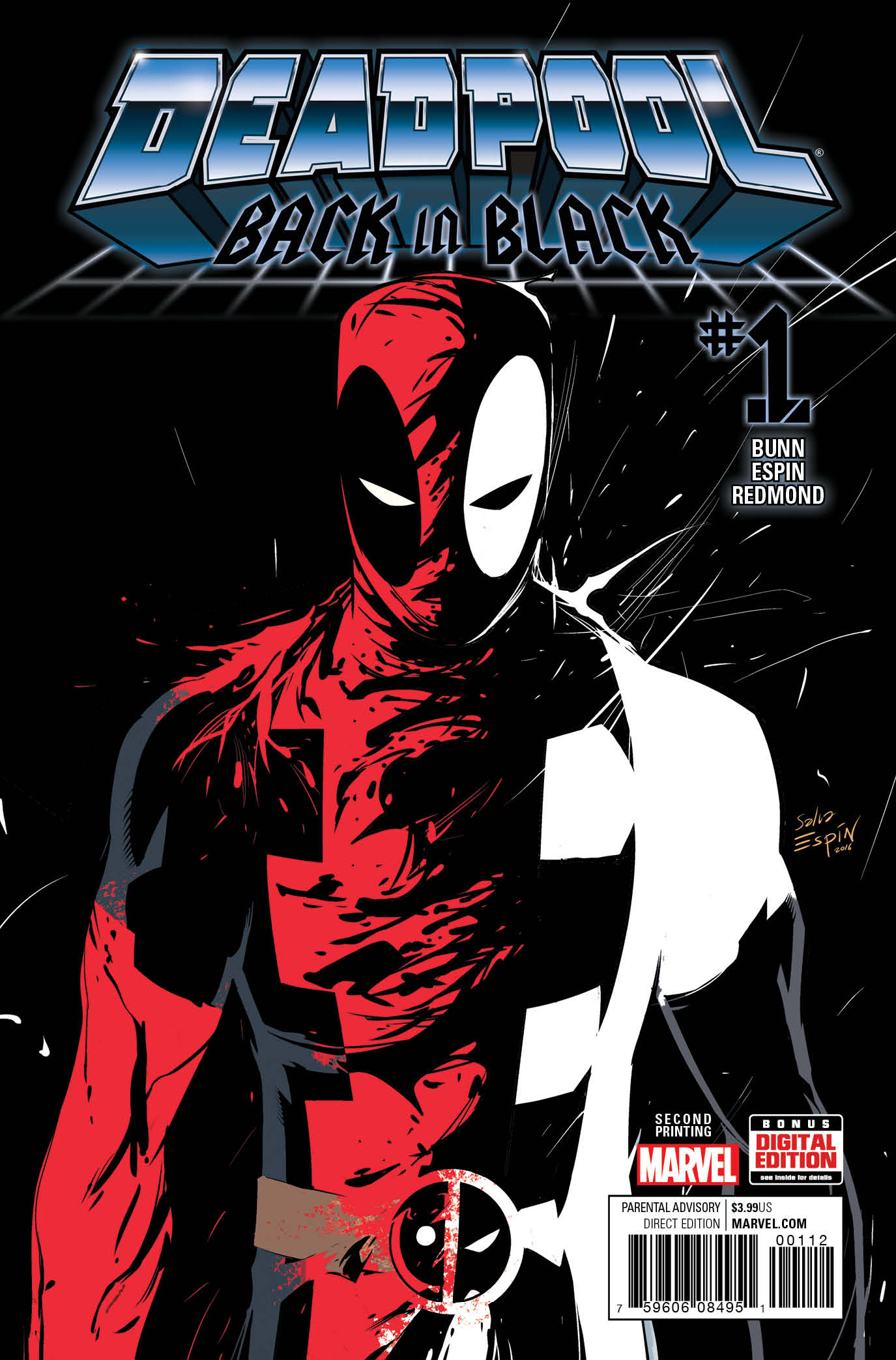 AUG169362
(W) Cullen Bunn (A/CA) Salva Espin
During 1984's SECRET WARS, Deadpool was introduced to an alien symbiote who went on to become Spider-Man's black costume and, eventually, Venom. Okay, okay, maybe that really happened in DEADPOOL'S SECRET SECRET WARS. Point is, did you know that after Spider-Man rejected the costume...it went slinking back to Deadpool on the rebound? And they went on adventures together? You didn't? Well, you will, now, thanks to this series by Cullen Bunn (The DEADPOOL KILLOGY) & Salva Espin (DEADPOOL & THE MERCS FOR MONEY)!
Parental Advisory
In Shops: Nov 16, 2016
SRP: $3.99
View All Items In This Series
ORDER WISH LIST