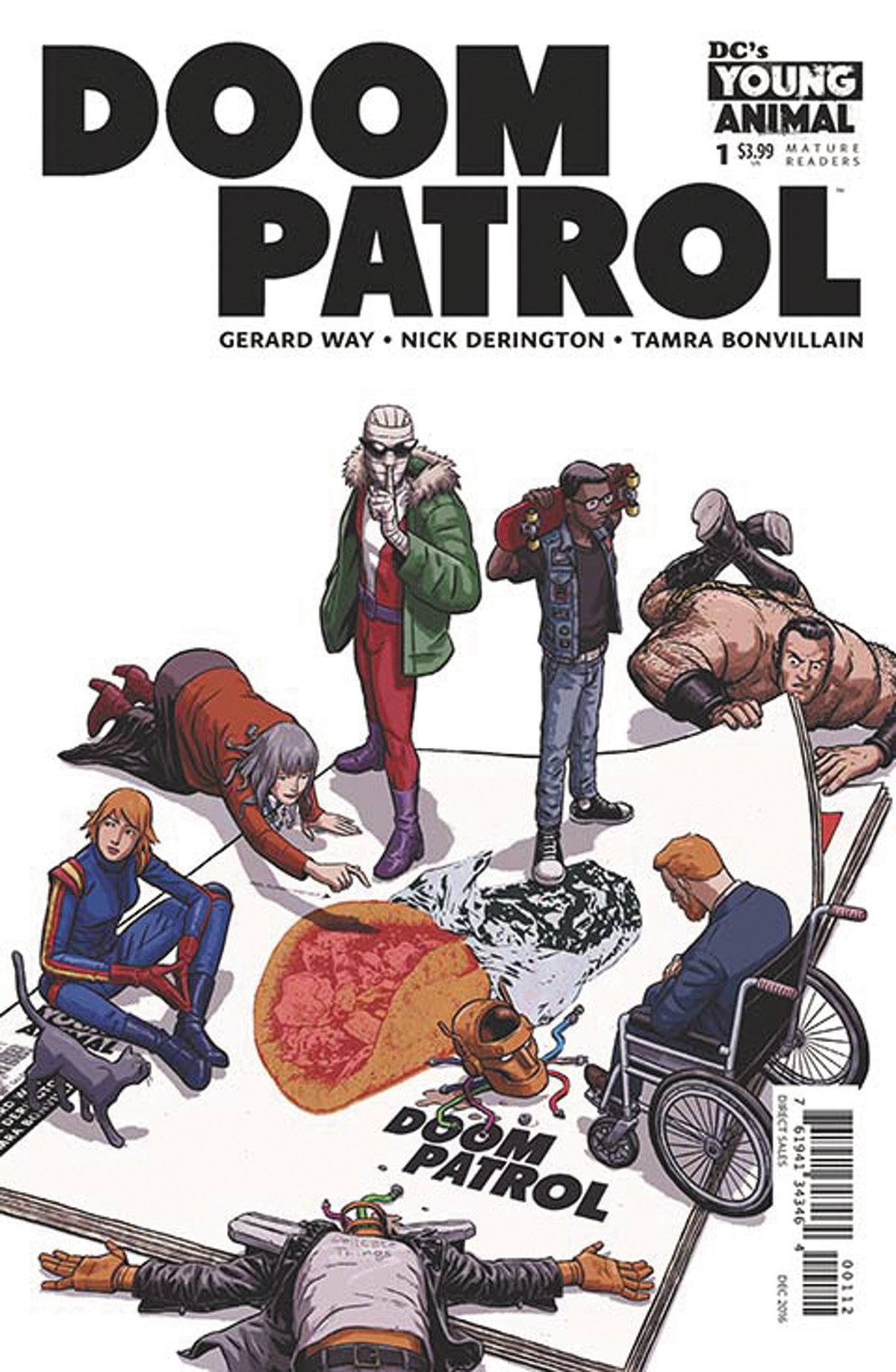 AUG168673
(W) Gerard Way (A/CA) Nick Derington
The atoms are buzzing. The daydreams crowd sentient streets, and the creative team has been warned, "Turn back now or suffer the mighty consequence of sheer, psycho-maniacal mayhem." Generation-arsonists unite-this is DOOM PATROL, and the God of the Super Heroes is bleeding on the floor.
A blenderized reimagining of the ultimate series of the strange, DOOM PATROL combines elements from classic runs, new directions, and things that could not be. Our entry point is Casey Brinke, a young EMT on the graveyard shift to abstract enlightenment, with a past so odd that she's not entirely sure what is real and what is not. Along with her partner, Sam Reynolds, the pair blaze a path through the city and its denizens, finding the only quiet that exists at 3am is the chaos of the brain. When the pair answer a hit-and-run call, they find themselves face to face with a familiar figure: Cliff Steele, AKA Robotman.
"It gets weirder from here," writer Gerard Way had to say about the book, with artist Nick Derington gripping tightly on the wheel of the ambulance. The pair's only communication? Shouting out of the open windows while at high velocity. Who needs a new roommate? Who names a cat "Lotion"? And when do we get to see all those muscles?
Find your answers inside the pages of this comic book, as we set the stage for new beginnings, as well as the re-introduction of some classic DOOM PATROL characters, including Niles Caulder, Negative Man, Flex Mentallo, and Crazy Jane.
The debut title of DC's Young Animal line kicks off with a removable sticker on its cover: Pull back the gyro to reveal its secrets, but be warned-there is no turning back.
In Shops: Oct 19, 2016
SRP: $3.99
View All Items In This Series
ORDER SUBSCRIBE WISH LIST