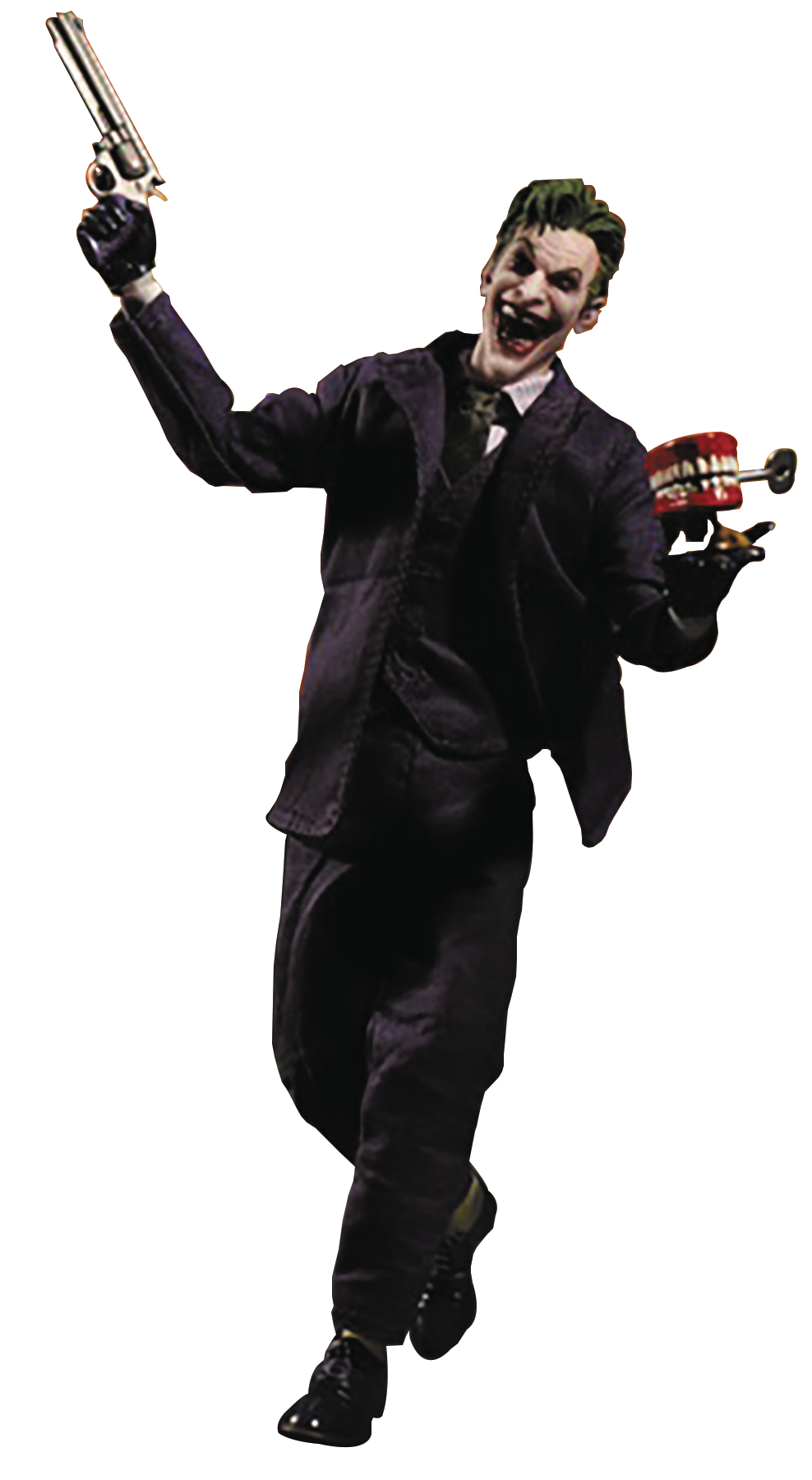 AUG168273
From Mezco. The Clown Prince Of Crime has bedeviled Batman since the moment he first appeared in Gotham. Not only is The Joker one of the Dark Knight's greatest villains, he is widely considered one of the greatest villains in all of time. The Joker's origin and appearance have been revised countless times since his 1940 debut in Batman #1, but the One:12 Collective unquestionably captures his maniacal visage and malevolent madness. Featuring over 28 articulation points, intricate sculptural work and incredible costume detailing, the final product creates an iconic vision with a "real world" look. The One:12 Collective The Joker features a 1:12 scaled, highly realistic fabric outfit; detailed sculpted costume accents,  gloves, socks, and shoes; realistic facial sculptures; and a super articulated body with over 28 points of articulation. Included with this figure are a Standard portrait, an Alternate portrait, fists (left and right), posing hand (left), holding hand (right), card holding hand (right), revolver, chattering teeth, and display base. Packaged in a deluxe, character specific, fifth panel window box with a removable slipcover. Designed for collector convenience, the packaging allows for both maximum protection as well as ease of removal for display.