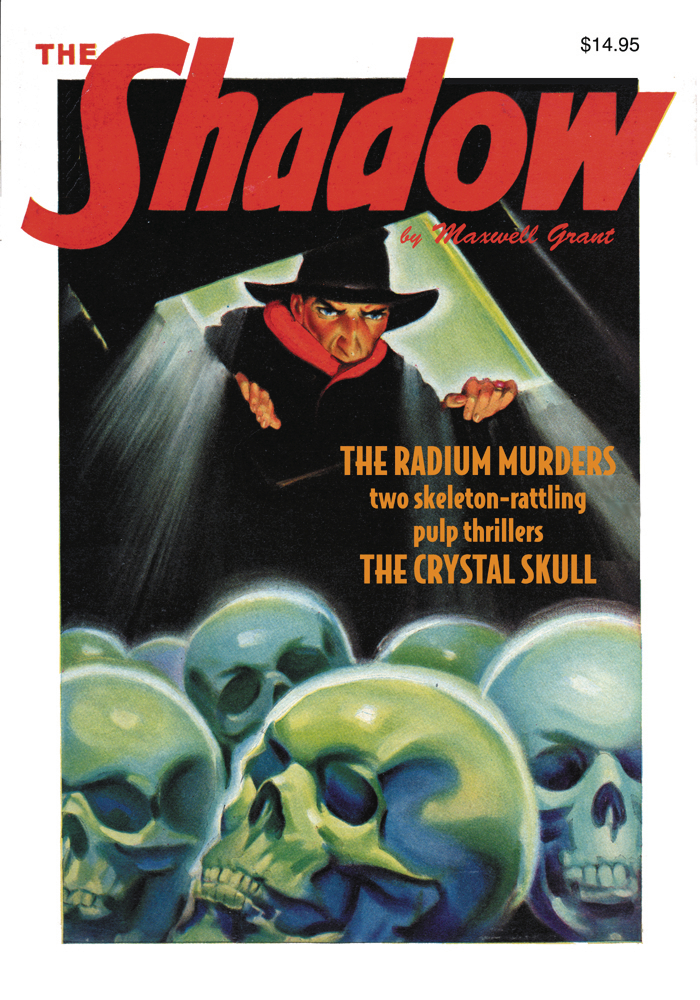 AUG162275
(W) Maxwell Grant, Walter B. Gibson, Will Murray (A) Tom Lovell (CA) George Rozen
The Knight of Darkness again proves that "crime does not pay" in two thrilling pulp novels by Walter B. Gibson. First, can The Shadow ferret out the scientific mastermind behind "The Radium Murders" before falling prey to his deadly doom device? Then, plundered art treasures from war-torn Europe are offered for sale by the mysterious swindler known only as "The Crystal Skull" until The Shadow strikes with all the force and mystery at his command! Plus, a lost Shadow adventure from the Golden Age of Radio!
In Shops: Nov 02, 2016
SRP: $14.95
View All Items In This Series
ORDER SUBSCRIBE WISH LIST