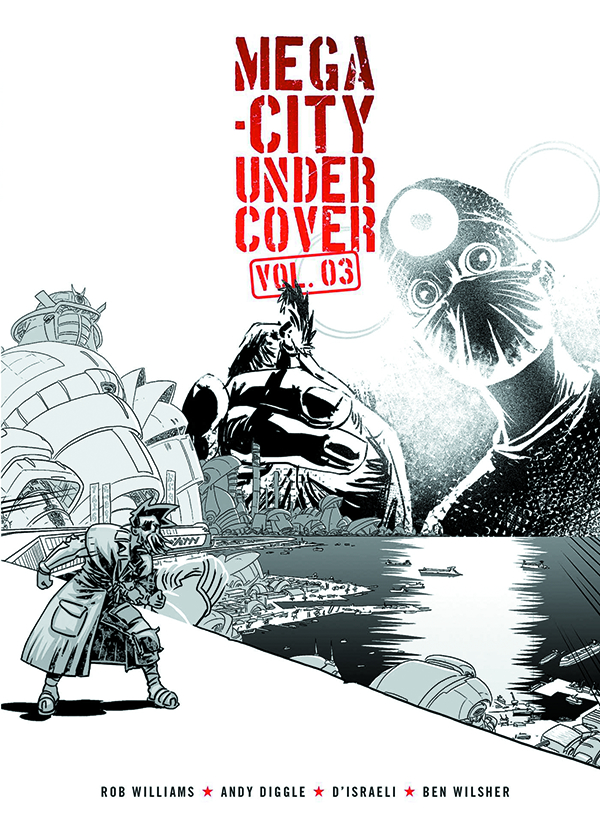 AUG161851
(W) Rob Williams, Andy Diggle (A) D'Israeli, Ben Willsher
Justice Department has many divisions within it - Tek, Psi-Div, PSU - and for undercover operations there is Wally Squad. So called because Judges have to adopt the bizarre fashions of the citizens to blend in, it's a dangerous job living on the streets - and for Judges like Dirty Frank, operating in the Big Meg's most rundown area, insanity is a way of life. Lenny Zero was a Wally Squad Judge, an undercover operative working the streets of the future metropolis. But when he ripped off the Mob, he quit Justice Department with no shortage of enemies out for his head!
In Shops: Nov 16, 2016
SRP: $18.99
View All Items In This Series
ORDER WISH LIST