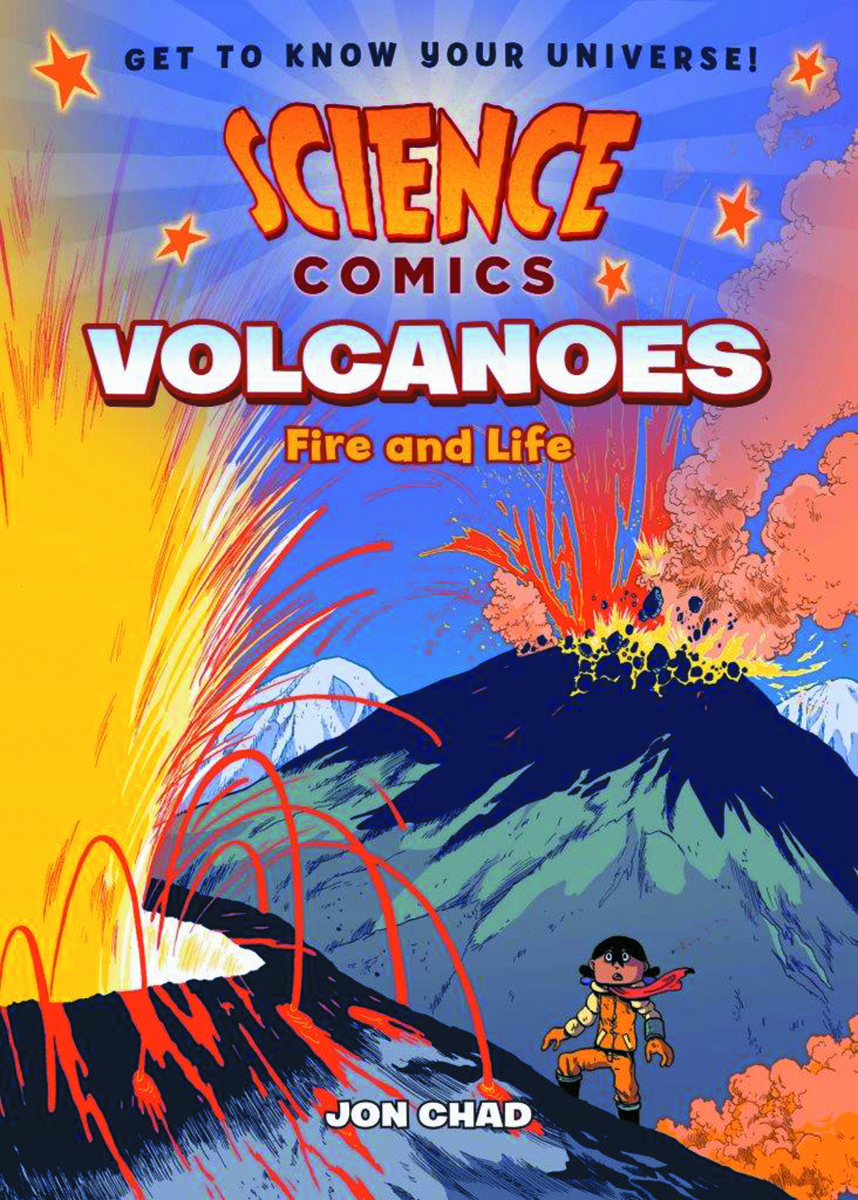 AUG161647
(W) Jon Chad (A/CA) Jon Chad
Get ready to explore the depths of the ocean, the farthest reaches of space, and everything in between! Volcanic eruptions, vampire bats, feathered velociraptors, and more await you in SCIENCE COMICS.
In a not-so-distant future our world is as cold as a frozen burrito. But can humanity save itself by harnessing a power that dwells inside the Earth? Explode into the world of geology in Volcanoes: Fire and Life!
A lot of magic happens under the Earth's crust. Thanks to magma vents, shifting continental plates, and volcanic eruptions, we know that our planet is alive and in motion. Alongside Aurora, a young explorer, you'll learn that volcanoes are just one of the massively powerful forces at work on our planet. From catastrophic destruction to the creation of new land masses, volcanoes have made their mark on our amazing Earth.